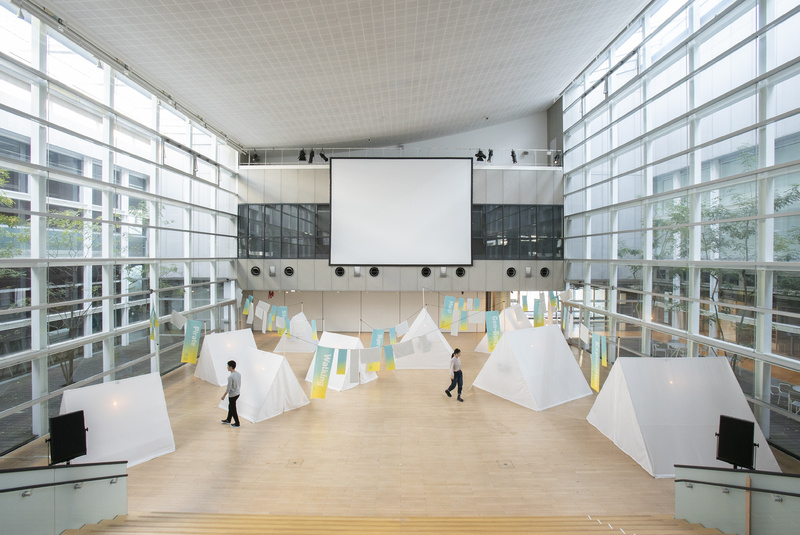 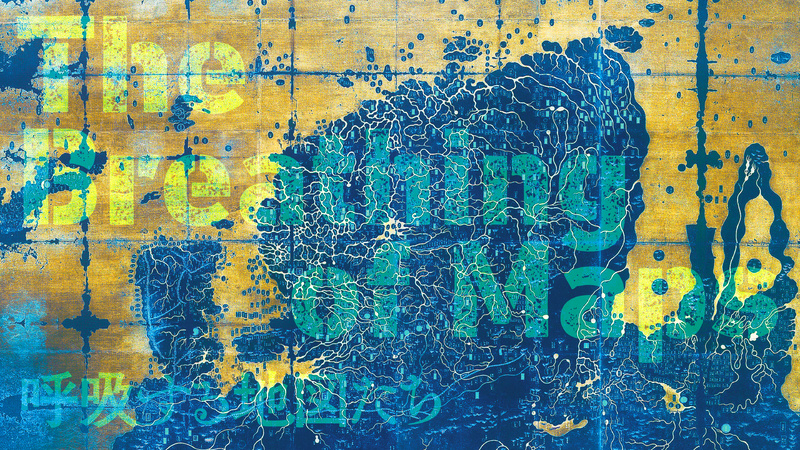 Due to an event, exhibits in the foyer cannot be viewed at the following times. Thank you for your understanding.

Yamaguchi Center for Arts and Media [YCAM] and The Japan Foundation Asia Center will present “The Breathing of Maps,” an exhibition and series of events developed in collaboration with Malaysia-based director and researcher Mark Teh as a co-curator.

As a symbolic product of the modernization process, maps reveal the dramatic changes in national sovereignty, culture, economics, and ways of living. Tracing the complex processes by which a bordered ‘Siam’ came into being between 1850 and 1910 - a period overlapping with Japan’s Meiji Restoration - Thai historian Thongchai Winichakul has shown how encounters with Western map-making were instrumental in the formation of modern nation- states in Southeast Asia. However, premodern or earlier maps in the region were identified by their centres and lack of borders. "A map created a nation... its geo-body is born in a map, and nowhere else". Thongchai Winichakul, Siam Mapped (1994).

Treating the geo-bodies of nation-states as dynamic and unstable entities, "The Breathing of Maps" examines social transformations that lie between maps - between different areas, eras and errors. Unfolding over 12 weeks, the exhibition brings together a network of artistic and research practices that chart the shifting intersections of capital, crisis, citizenry and the colonial in their respective locations. The exhibition includes artworks, performances, lectures and workshops which complicate conventional ideas of cartography, propose counter- mapping potentialities, and foreground imaginative mappings and continuities between people, place, and practices.

*This exhibition will be hosted in co-organization with The Japan Foundation Asia Center, and it will be staged as one outcome of the "Condition Report," a co-curatorial project involving curators from Japan and Southeast Asia embarked upon by the Asia Center in 2015.

Accompanying the exhibition will be related lecture performances, video installations and documentary films by artists and scholars from Southeast Asia and Japan based on their own unique research into the history, culture, politics, economics, actual dayto-day lifestyles, and other social phenomena of their respective countries.

Please check the "Events" item at the bottom of this web page.

from the exhibiton "Record and Recalling - Walking on the house of image" by the center for remembering 3.11 (sendai mediatheque)

under the wave, on the ground

A View of the Coast

Performance by chi too

Lecture performance by Ho Rui An

Lecture by Farish A. Noor

Nothing left to know: Stamford Raffles’ Map of Java and the Epistemology of Empire

The 1903 Human Pavilion and Expositions

Why I am here, why she is there — Journeys around Karayuki-san

Can you help me translate?