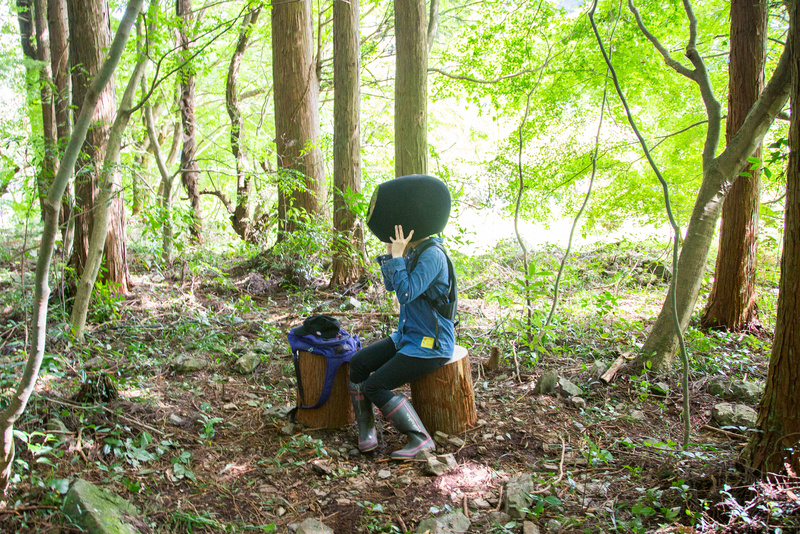 Since its world premiere in 2015, the work has been shown at various venues throughout the world, including being selected for New Frontier Art at Sundance Film Festival. This is the Japan premier of the internationally renowned work.

Audiences wear a special headset in the actual woods and move around a virtual forest while surrounded by video images and sound, feeling as if they had become an animal in the woods – animals such as dragonflies, chironomids, owls and frogs who have different visual perception than ours.

The virtual forest is based on Grizedale Forest in the Lake District, England. The artists first captured the 3D image of the forest with a laser scanner, CT scan system and a drone and virtually reconstructed the landscape. Wearing a headset and being immersed in sound and audio-vibration, audiences experience an overwhelming sensation of actually being in Grizedale Forest. At our outdoor tour, audience members experience the work in an actual forest. The smell of plants and soil or the sense of the wind will amplify the sensation.

The workshop aims to explore the forest of Yamaguchi where the outdoor tour takes place. With support from YCAM Bio Research, a team exploring the possibilities of biotechnology, participants collect living samples from the forest, observe them with a microscope and conduct DNA analysis in order to realize the richness of the forest.

In the Eyes of the Animal at YCAM