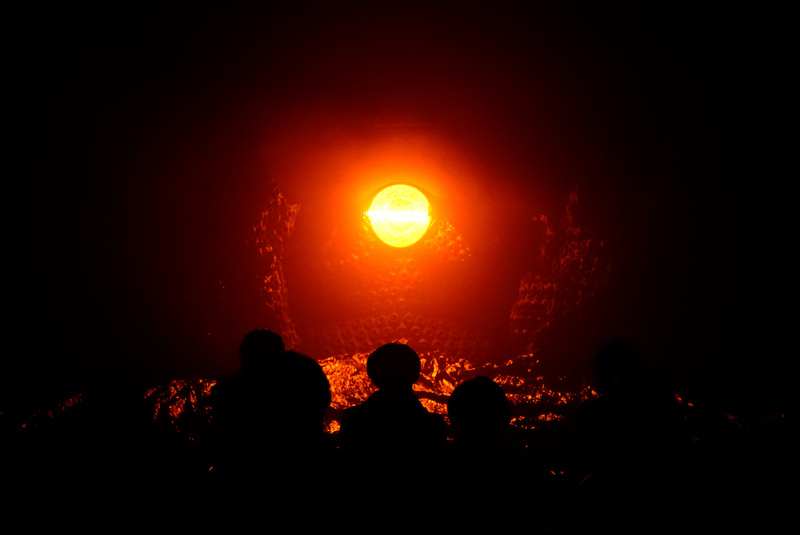 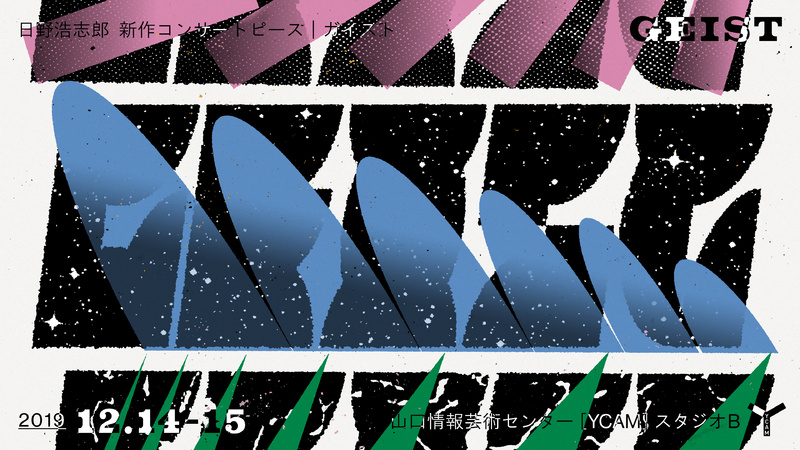 Unveiled for the first time ever is a new and significantly upgraded version (in terms of music, composition and stage set) of “GEIST,” a concert piece featuring several groups of percussion and wind instrument performers that play together based on certain rules while scattered across a special spatial setting, which Hino originally unveiled in 2018.

Materializing a unique sense of presence through musical performance

This work is a further developed version of Koshiro Hino’s concert piece “GEIST” that was first performed in March 2018 in Osaka.
The title is the German expression for “ghost,” reflecting the aim to materialize at the concert venue a special sense of presence through musical performance, and create in the audience a “sense of floating beyond the limits of time and physical scale.”
The giant, blackish balloon-shaped objects that are installed on the stage turn the work – basically a concert piece – into a rather comprehensive kind of artwork with the additional notion of an installation. This is further emphasized by 15 speakers that play combinations of electronic sounds and various sounds recorded in natural environments, such as insects, birds or wind, while surrounding the audience both horizontally and vertically. At several places across the venue, a total of 14 percussionists, wind instrument and string players perform based on certain rules, and when the notes they play mix with the sounds from the speakers, this results in an “all-at-once” kind of sonic happening that wraps the entire venue in a peculiar sense of unity.
Being a highly rated work that has so far attracted large audiences, ”GEIST” has been considered as irreproducible due to its unusual format, but now it returns in a significantly upgraded version with the same basic theme. As an extension of his continued explorations regarding compositional approaches, Hino updated for this version such elements as composition and stage set, with the aim to offer a new and unprecedented listening experience.