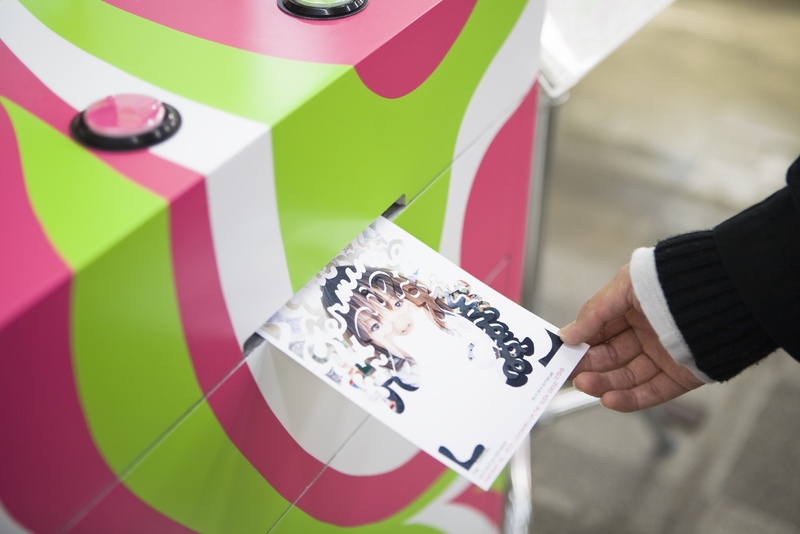 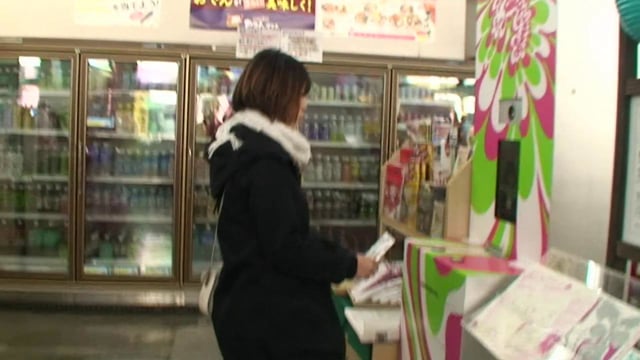 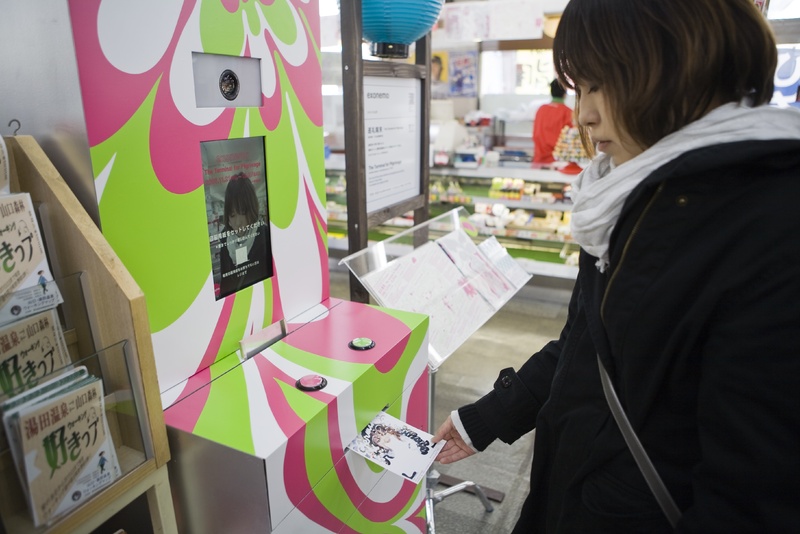 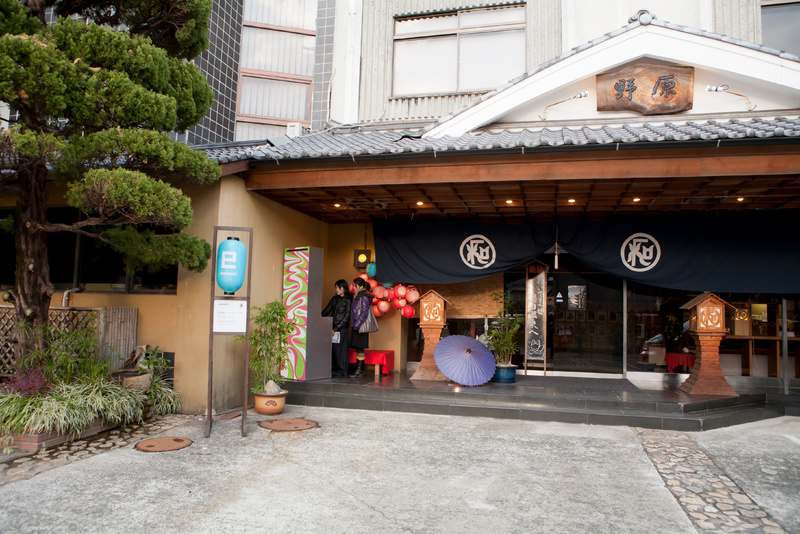 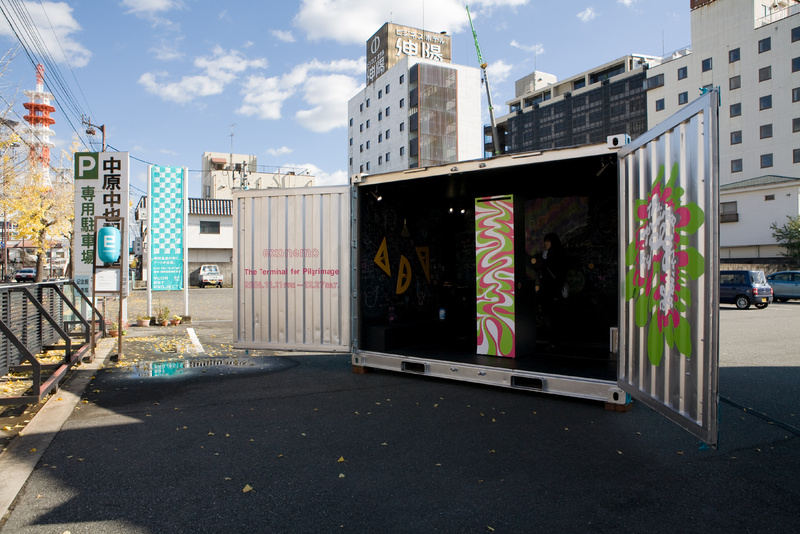 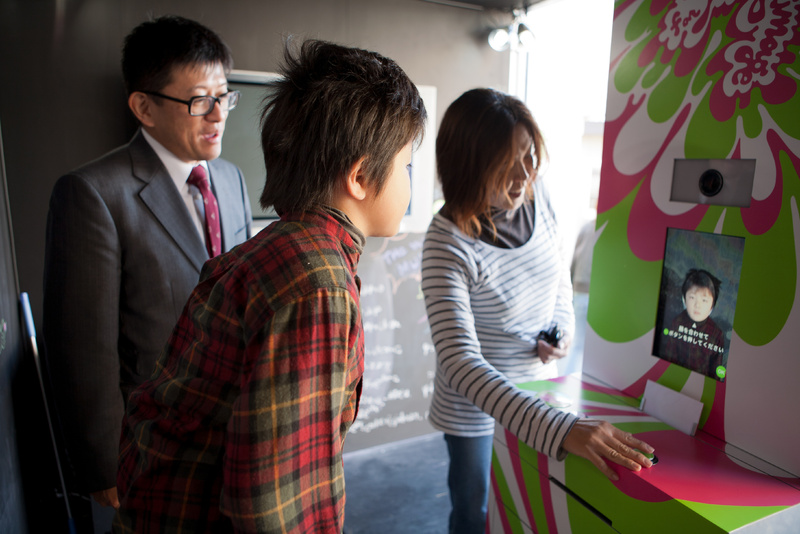 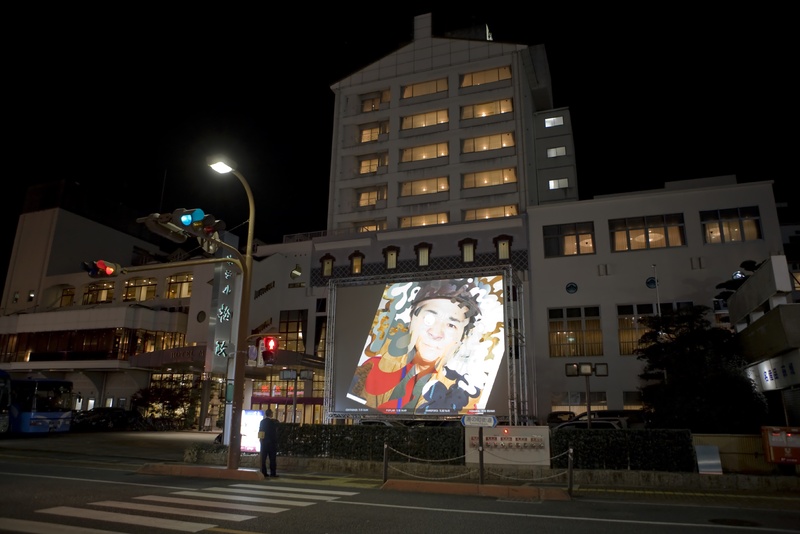 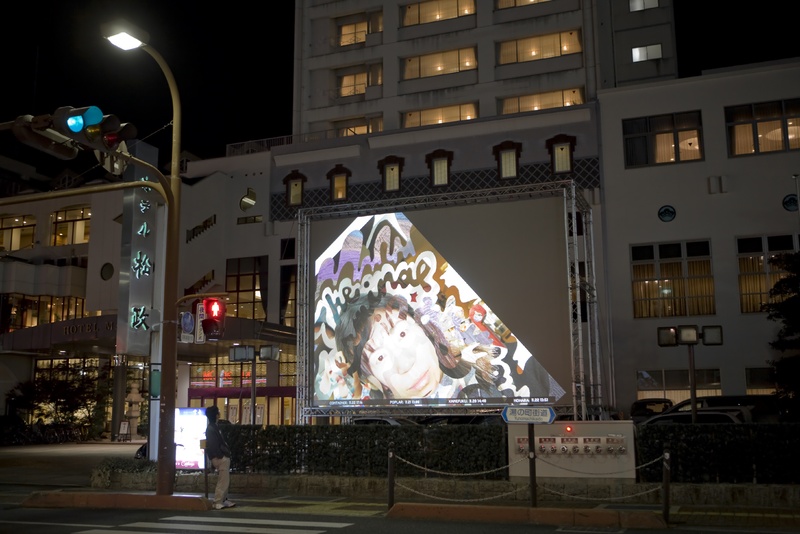 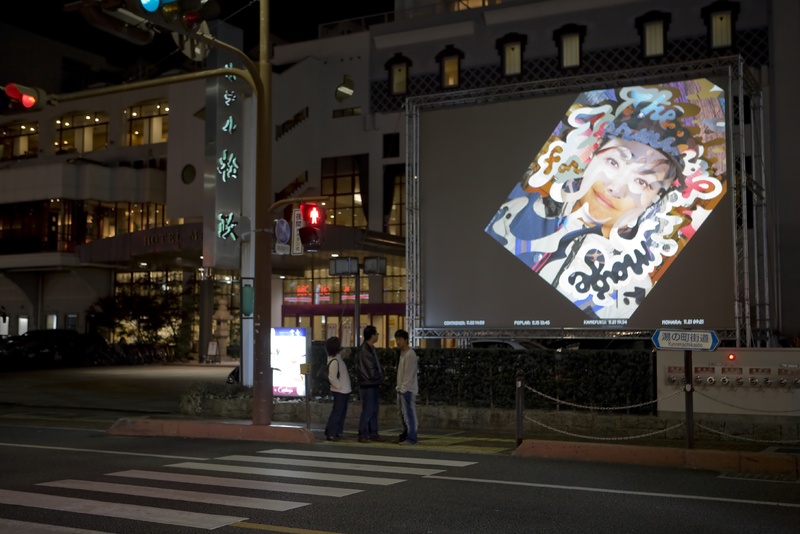 Terminals (photo booths) for shooting and printing special portrait photos are installed at four locations in the city of Yuda Onsen.

At each of the terminals, participants can take/print only one part of a photograph that can only be completed by traveling to all four terminals - set up in a convenience store, a hotel, and on the street - and putting the fragments together. The resulting portraits are heavily tinged with the unique atmosphere of Yuda Onsen.
The photo fragments are also sent to an Internet server, where they mix with portraits of a variety of participants. These mixed photographs are projected every night during the event period as "faces of Yuda Onsen" onto a large screen set up in the city centre.

The work lets viewers/users witness a crossover of different times and spaces via the Internet, and experience new encounters between human individuals, and between "people" and the "city". 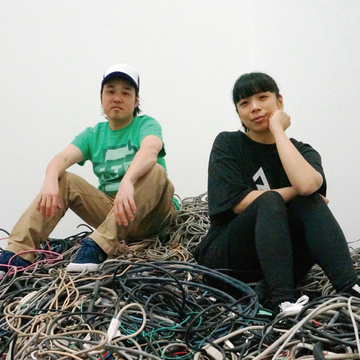