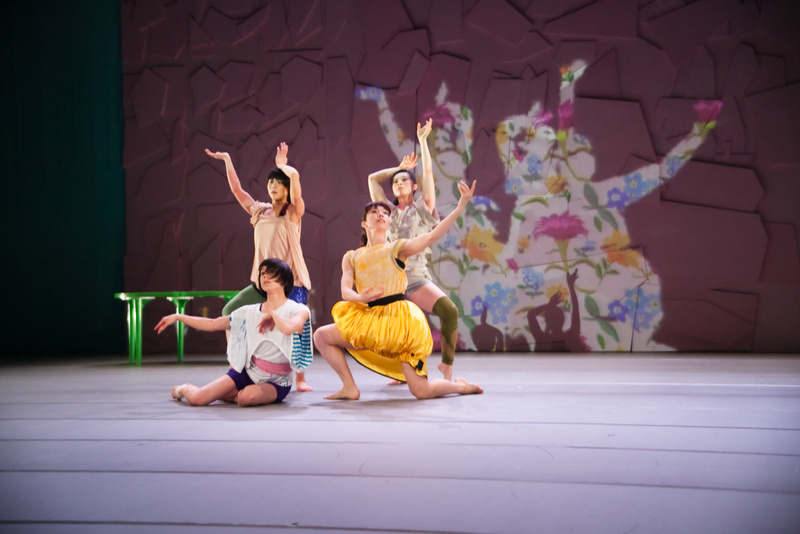 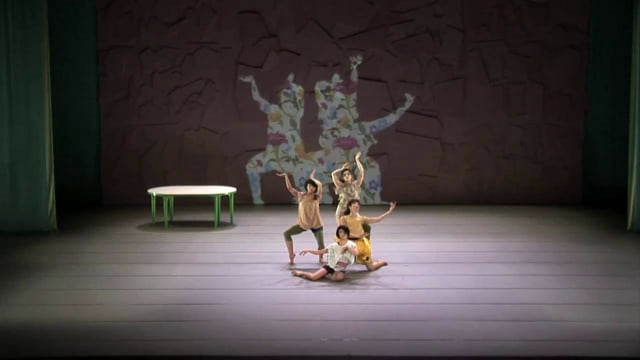 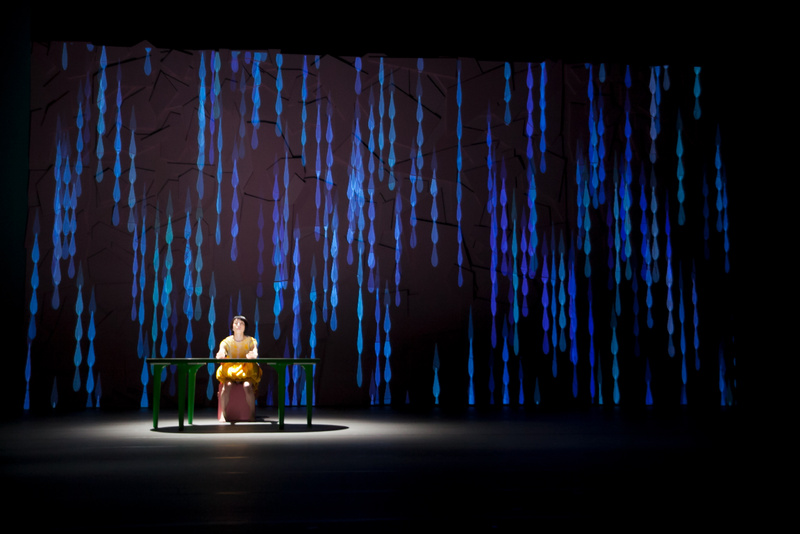 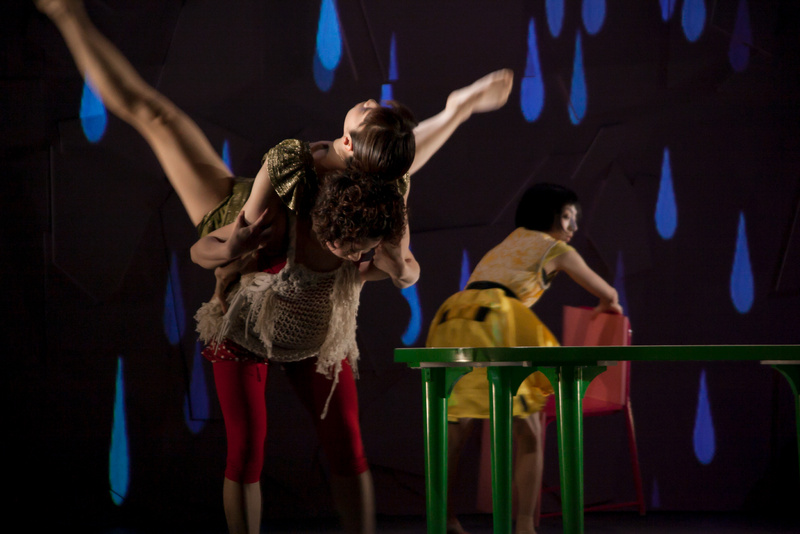 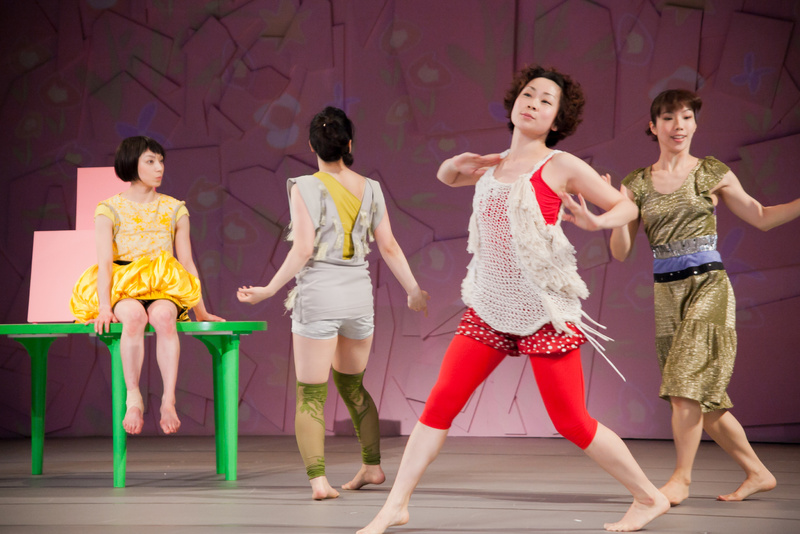 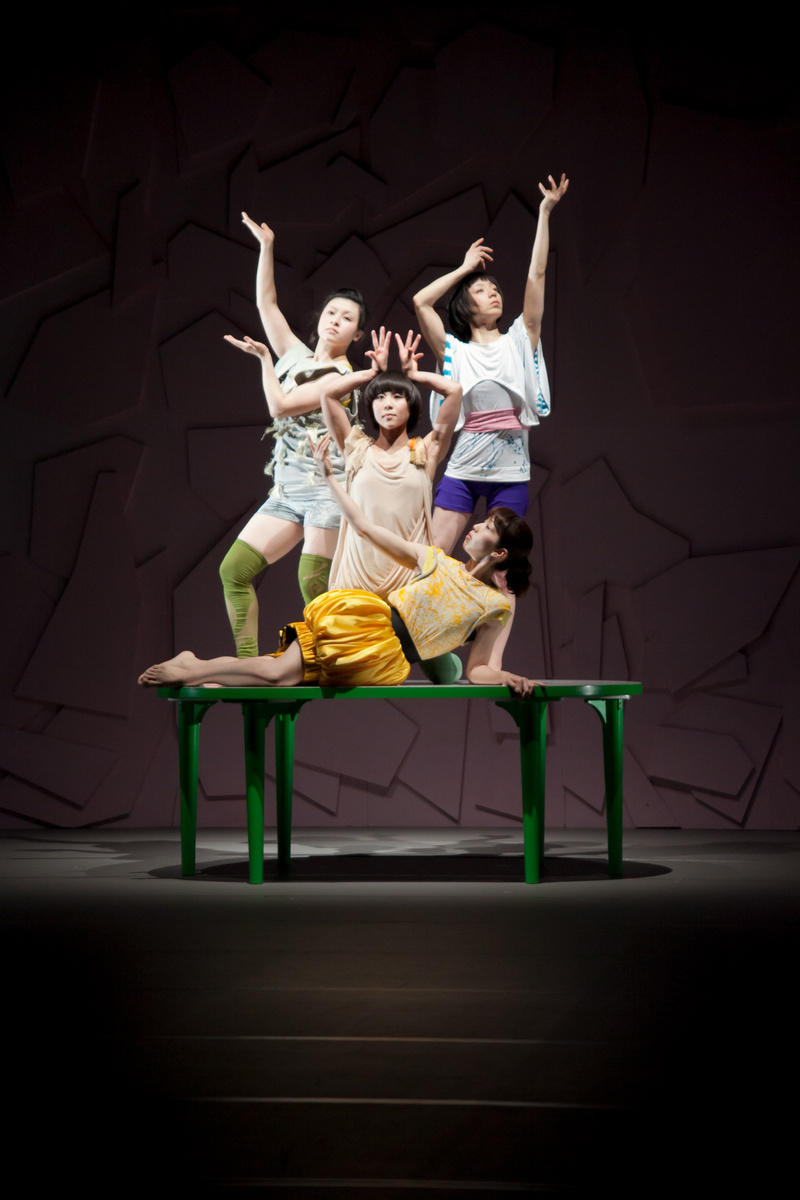 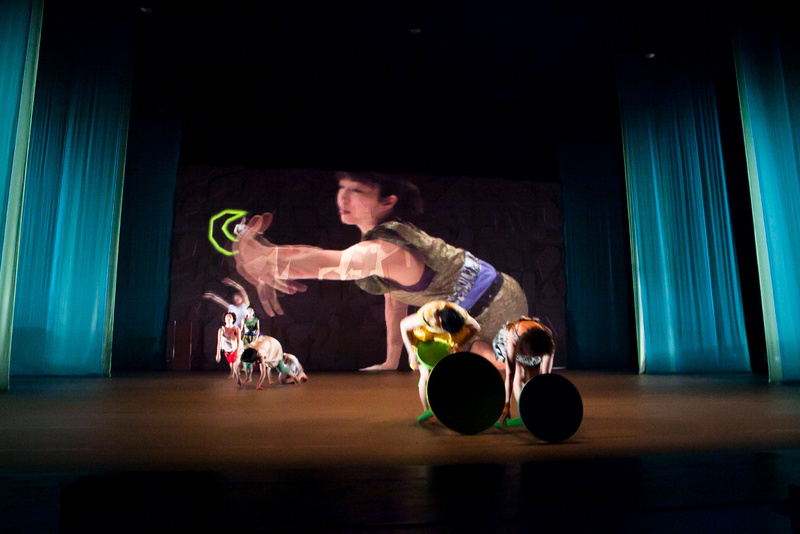 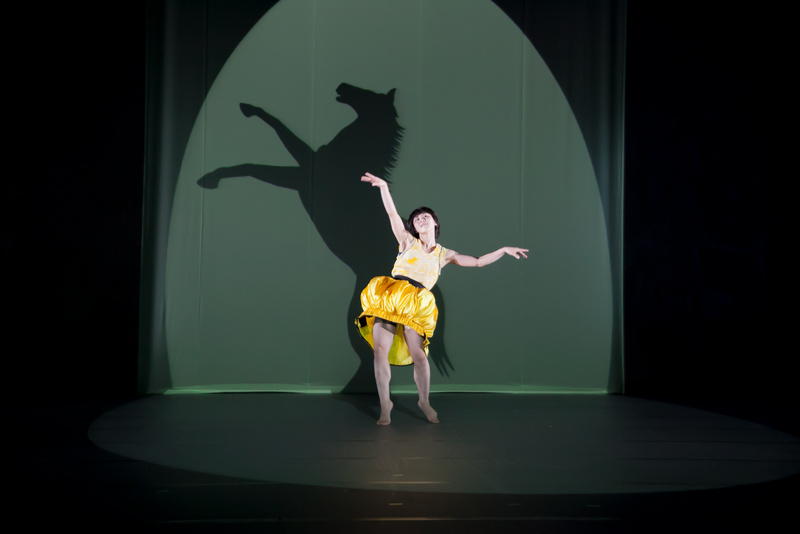 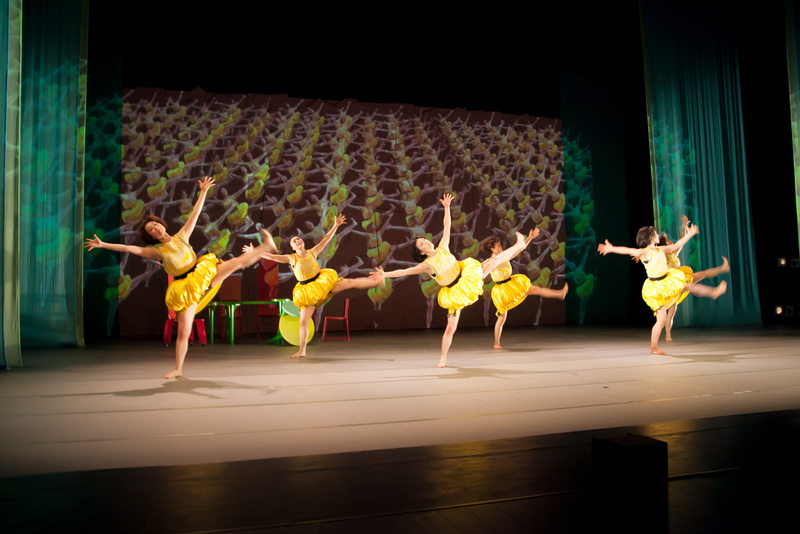 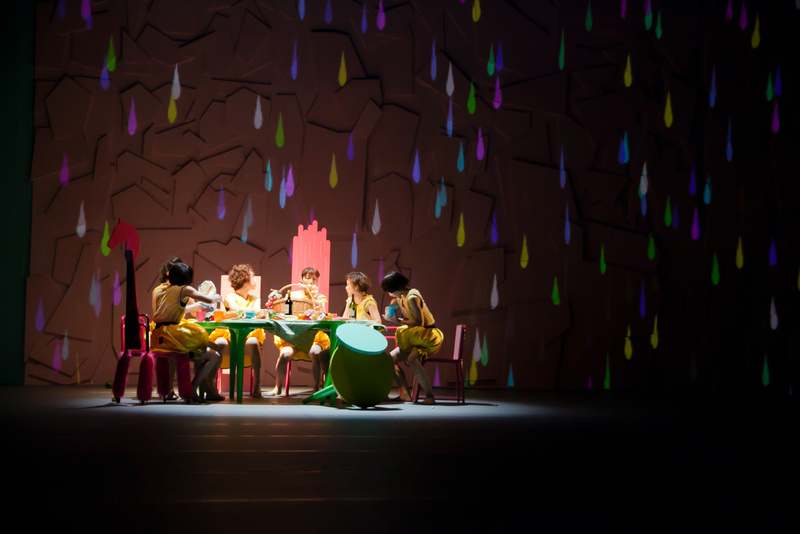 An adventure launched from a “table in the rain”

From an everyday life setting, the protagonists embark on a journey to a fantastic place with such figural appearances as rain or horses, before they return to their starting point. This is the basic story behind this dance piece that illustrates with the help of media technology a "magically wonderful world".

The mise en scene makes frequent use of imagery in the form of projections - animated and live-action films made beforehand, and images generated in real-time on a computer based on the dancers' movements - onto a large screen set up in the back of the stage. The mixture of the actual dance on stage and trick-shot live action footage showing dancers in various sizes is an element that shakes the viewer's senses of perspective and scale, and artfully choreographs a dive from daily life into adventure. The application of projection mapping technology marks an additionally pioneering effort aimed at a spatial visual orchestration by projecting images of corresponding shapes onto stage props and other parts of the stage.

Constructively integrating media technology while stressing aspects of humor and familiarity rather than profound systems, this work is one in a string of approaches aiming to open new horizons in the marriage of "media technology and body expression".

Strange Kinoko Dance Company has been pursuing "research on dance" in many different perspectives as well as establishing its originality. Company performs one or two new evening shows every year as well as they tour domestically and internationally. They also offers workshops for children, actors and non-dancers. Its work can be seen as dancers or movement director for other performers' projects such as theatre, concerts, and film. Most notable work "Frill (mini)", which was performed in Tokyo, Paris, NY, Bangkok, and New Delhi. And also "FLOWER PICKING" was performed in several city in Japan and Stockholm. In Stockholm, as a remarkable fact, they had 7000 audience in 2 days. Recent work by the company "not quite right" was produced for the project "Australia - Japan dance Exchange 2006" (Granted by Agency for Cultural Affairs, Japan Foundation ) which is the collaboration work with Australian artist Justin Caleo, developed and shown as a 'work in progress' in Melbourne, and performed in 3 city in Japan in 2006-2007.

The group around central members Motoshi Chikamori, Kyoko Kunoh and Yasuaki Kakehi, Ai Ohara has been producing works mainly in the field of interactive art. The techniques and sensitivities developed over the course of such creative work they are utilizing in their original spatial arrangements for public/commercial spaces and events, device and contents production, product design, technical development in collaboration with universities, and other parts of their wide-ranged activities.