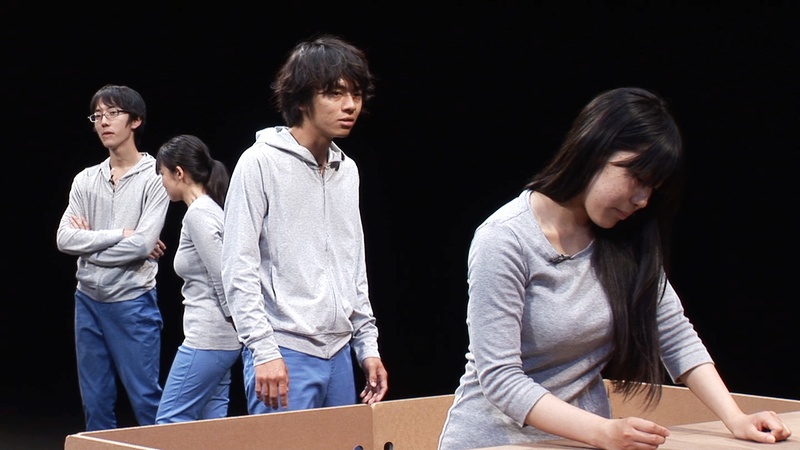 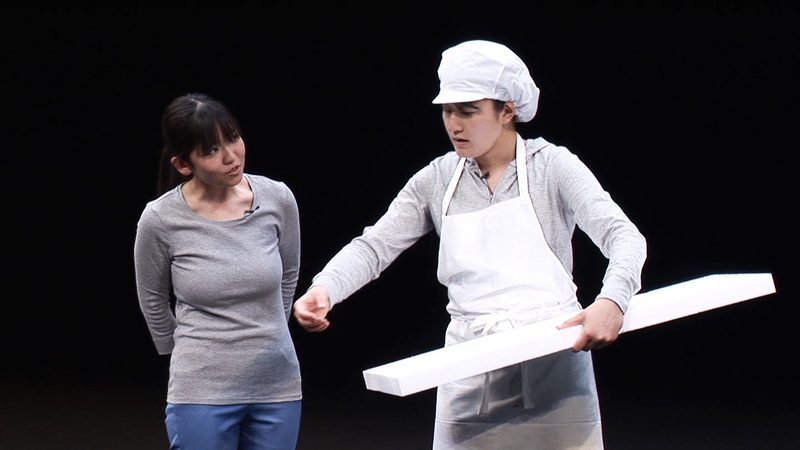 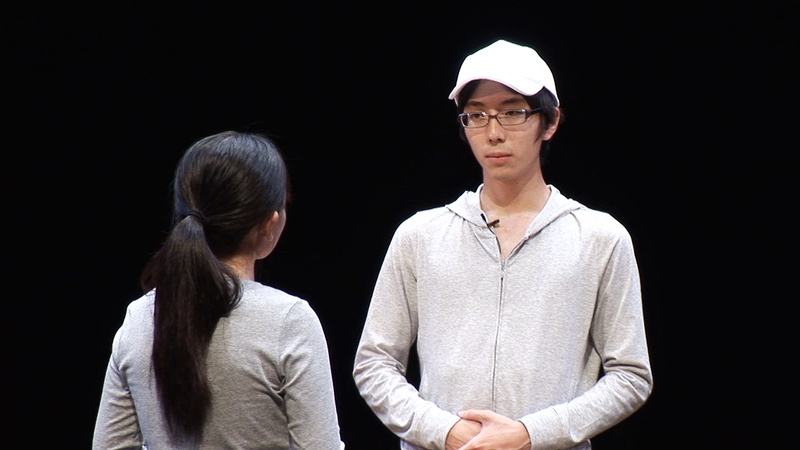 Yamaguchi resident performers traveled to various locations in Yamaguchi City and other places in Yamaguchi Prefecture, to interview people about the impact of the nuclear accident in Fukushima. This video shows performances recreating these interviews.

Interviewed were people met in ordinary shops, bars, restaurants, and on the street, at more than 40 locations across Yamaguchi. The "interviews", however, were not done in a journalistic style, but in the ordinary everyday manner of a customer (consumer) entering a shop, greeting, and asking where the items on sale were produced or grown, and whether they have been examined. After selecting a total of 14 recorded interviews, the actual dialogues were written down to be used as lines for the performers recreating the interviews on a stage. The resulting performances are captured in this video piece.

With the two-fold duality of mixing non-fiction and fiction, and having performers play interviewers and at once face questions as dramatis personae, the piece highlights people's mixed reactions to pollution and nuclear power; the presence of "air" that encourages normative behavior; and furthermore, the gaps in interhuman relations that keep growing due to different ideologies. 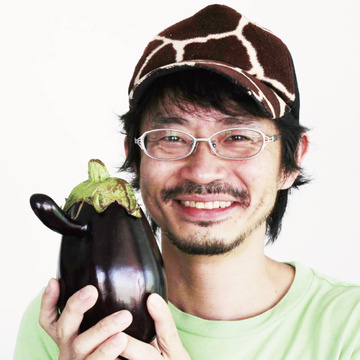 Born in Kagoshima in 1968 and lives in Akita. Graduated from the lacquer work department of Kyoto City University of Arts and Music, and the Institute of Advanced Media Arts and Science (IAMAS) in Gifu. Much of Takamine’s work awakens a feeling of non-verbal compassion and sympathy in the viewer through installations, media art techniques, and performances that emphasize the bi-directional relationship between a work and its audience. His practice also deals with issues related to American imperialism, the sexuality of handicapped persons, and issues facing foreign residents in Japan, highlighting the complex relationships between authority and subject, those implicated within a particular situation, and those who are not, often prompting the viewer towards a process of self-questioning. His works have been highly acclaimed both in Japan and abroad. Takamine participated in the Venice Biennale in 2003, and his solo show “Too Far to See” toured three Japanese museums between 2011 and 2012. He is also the author of “A Lover from Korea” (Kawade Shobo Shinsha,2008), a novel that examines issues related to identity and nationalism through his own personal relationship with an ethnic Korean woman resident in Japan, and an incident that took place at a manganese mine in Kyoto, where Takamine wrote the work."