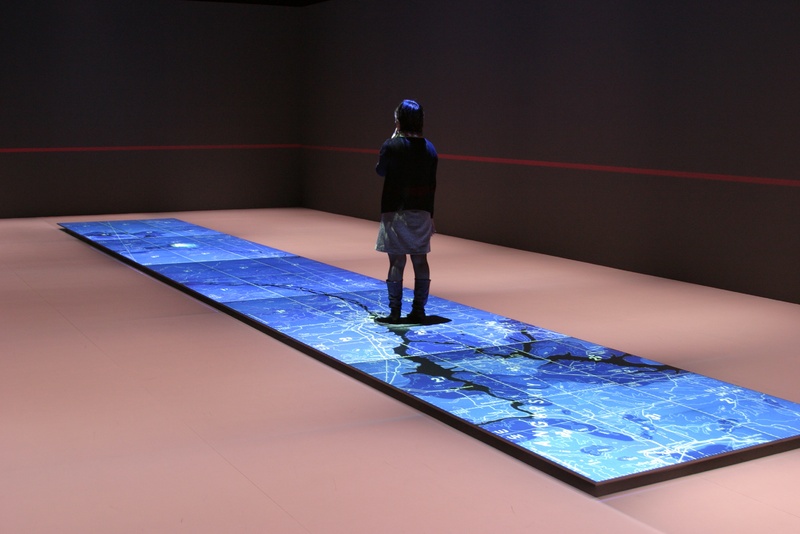 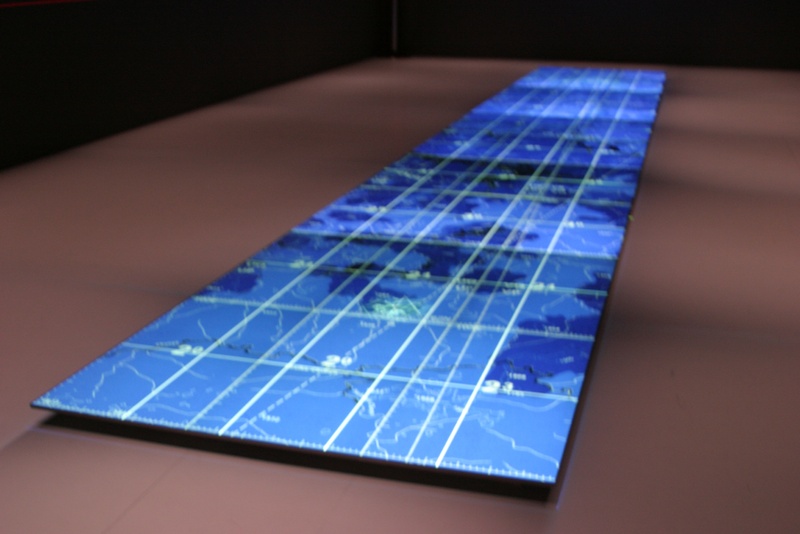 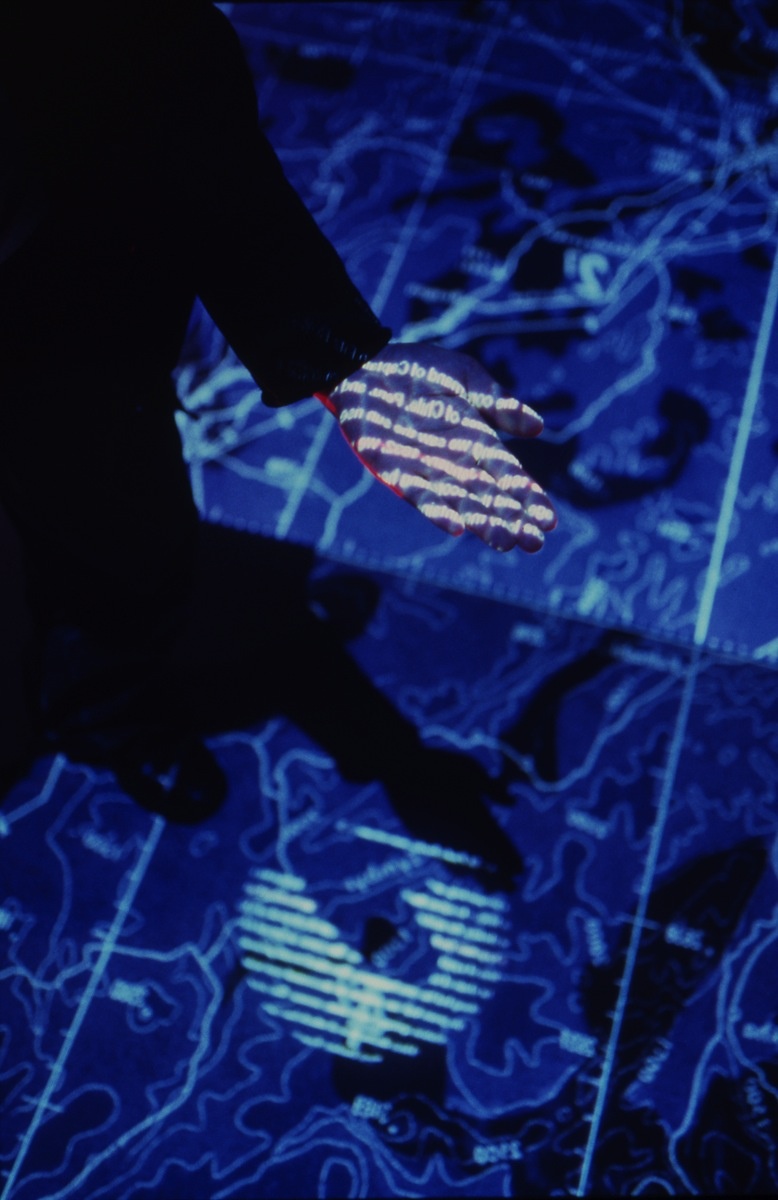 Traveling the unknown in order to generate new memories

An aluminium plate measuring 12 x 1.8 meters is installed on the exhibition floor to function as a screen on which projections of nautical charts of the world and text excerpts of Darwin's "Journal of Researches into the Natural History and Geology of the Countries Visited during the Voyage of H.M.S. Beagle round the World" mingle with scanning lines and circular projections resembling spotlights.

Fragments of multilayered information moving at multiple speeds form a vast "sea of information" that exists before the formation of meaning and cognizance, and while undergoing continuous change, at times they achieve a momentary state of synchronization. The visitor wanders around and on the screen in pursuit of information generated in such moments of synchronization, and experiences the process of gradually recombining such flowing information into personal memories and images.

Formed in 1984 around members representing forms of artistic expression as diverse as art, theater, dance, architecture, video and others, showing performance and installation pieces as multimedia art defying the boundaries of existing genres. While based in Kyoto, Dumb Type have repeatedly staged performances outside Japan, and has been collaborating with numerous overseas artists. Main works include "pH" (1990-93), "S" (1992-96), "OR" (1997-99) and "memorandum" (1999-2003).