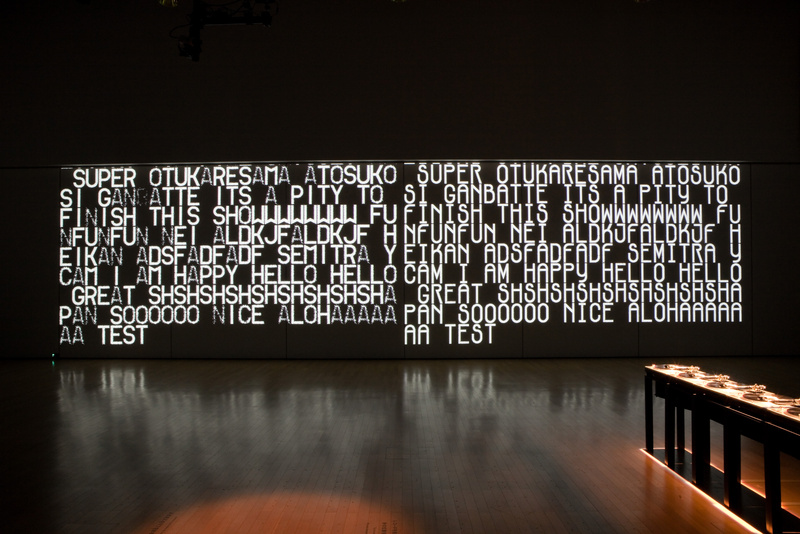 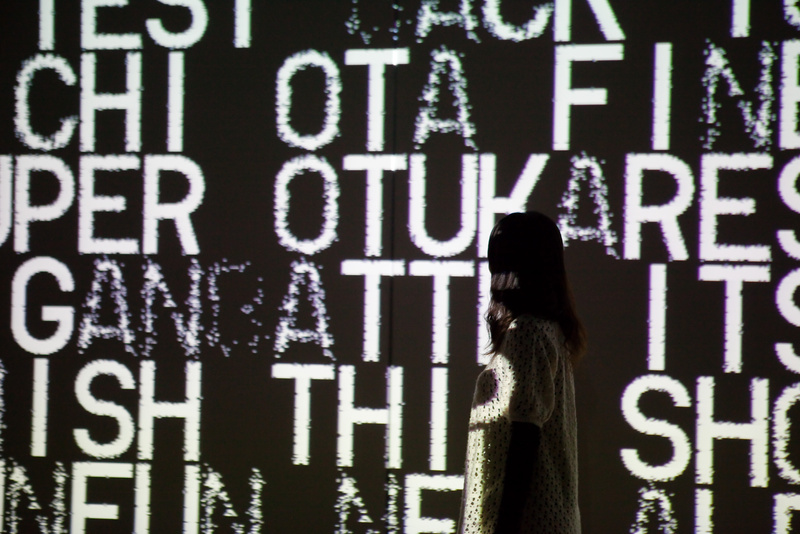 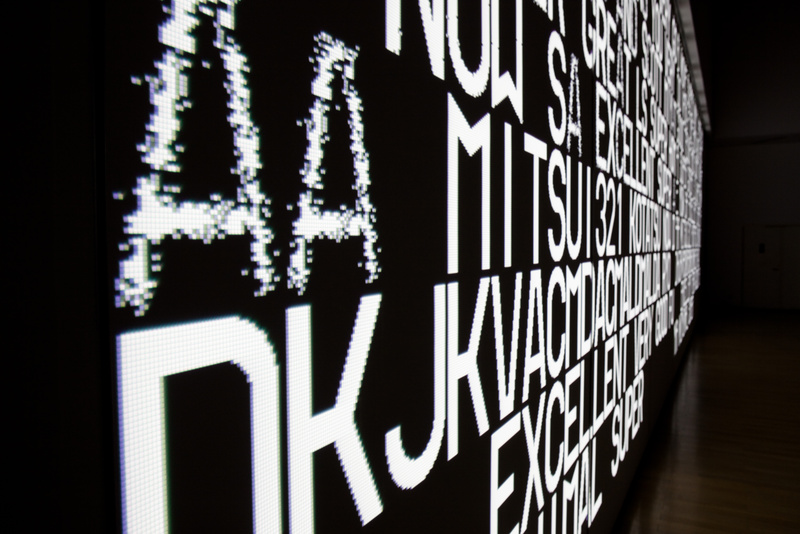 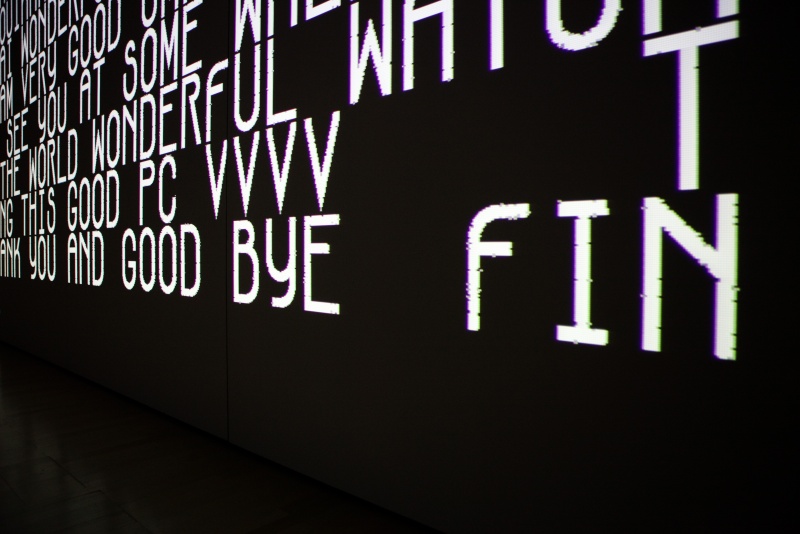 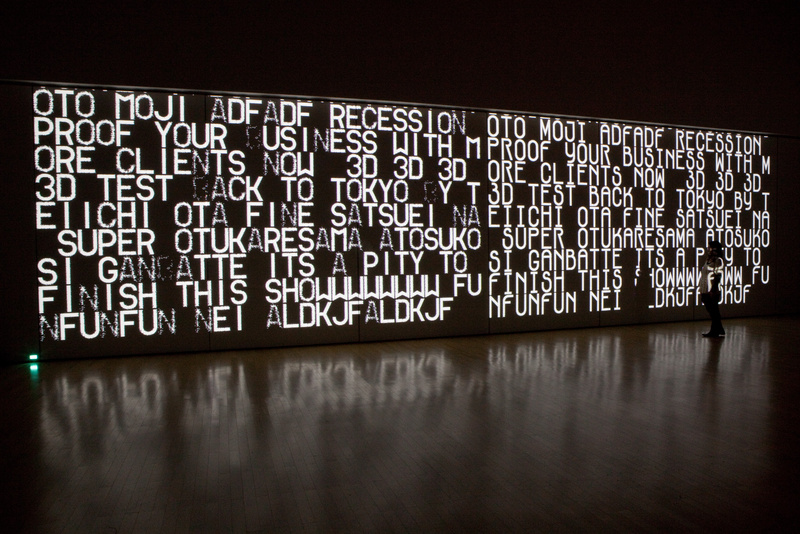 Messages supplied via the Internet are displayed in the “tFont”

Text messages entered via a special website are displayed successively on a large screen at the venue, in a font that is concurrently designed in "Movable Type". As the "fTime" font design keeps changing, even identical messages appear totally differently depending the time of posting. Real-time footage of this process is streamed via the Internet, allowing those who posted messages from remote places to witness the decomposition process of their letters.
Transforming gradually and synchronously in the exhibition space and on the website, the work symbolically represents the unique sense of time in the Internet society, and the exchange of messages between an unspecified group of users.