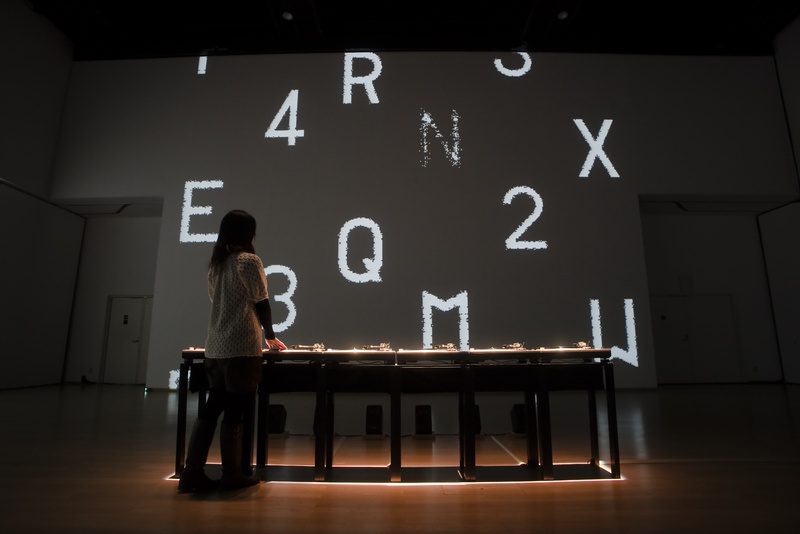 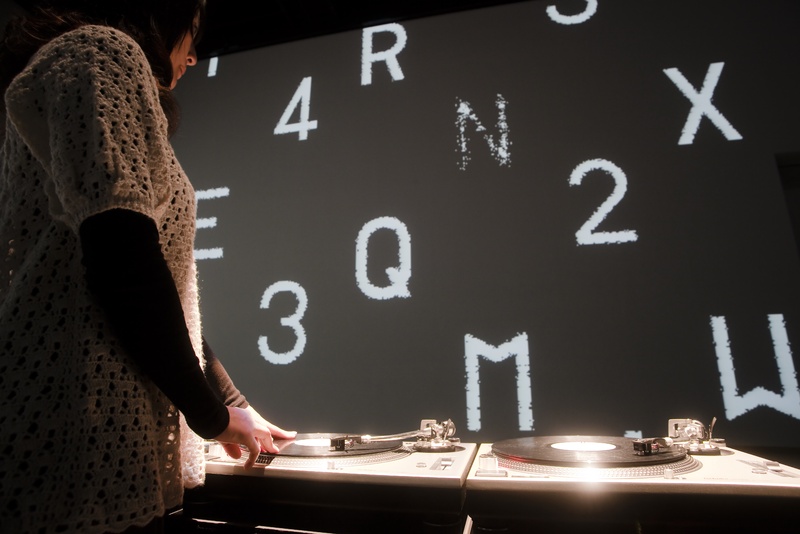 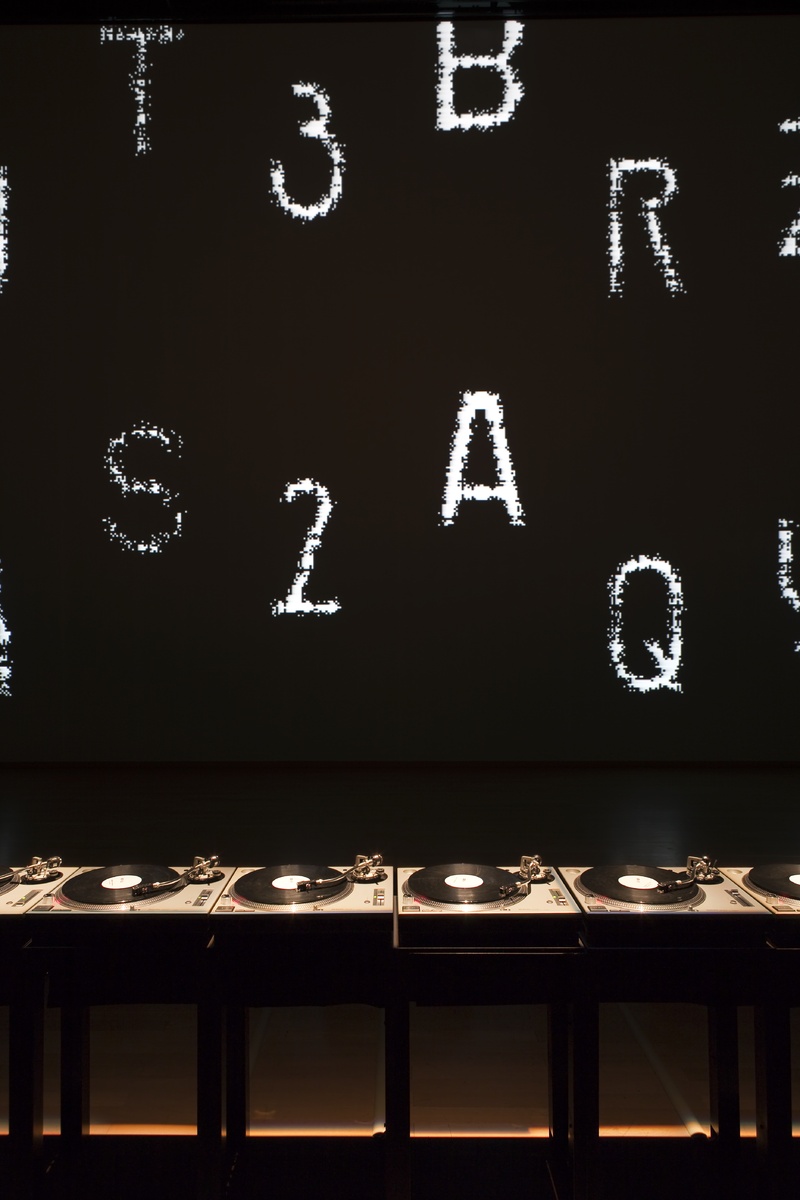 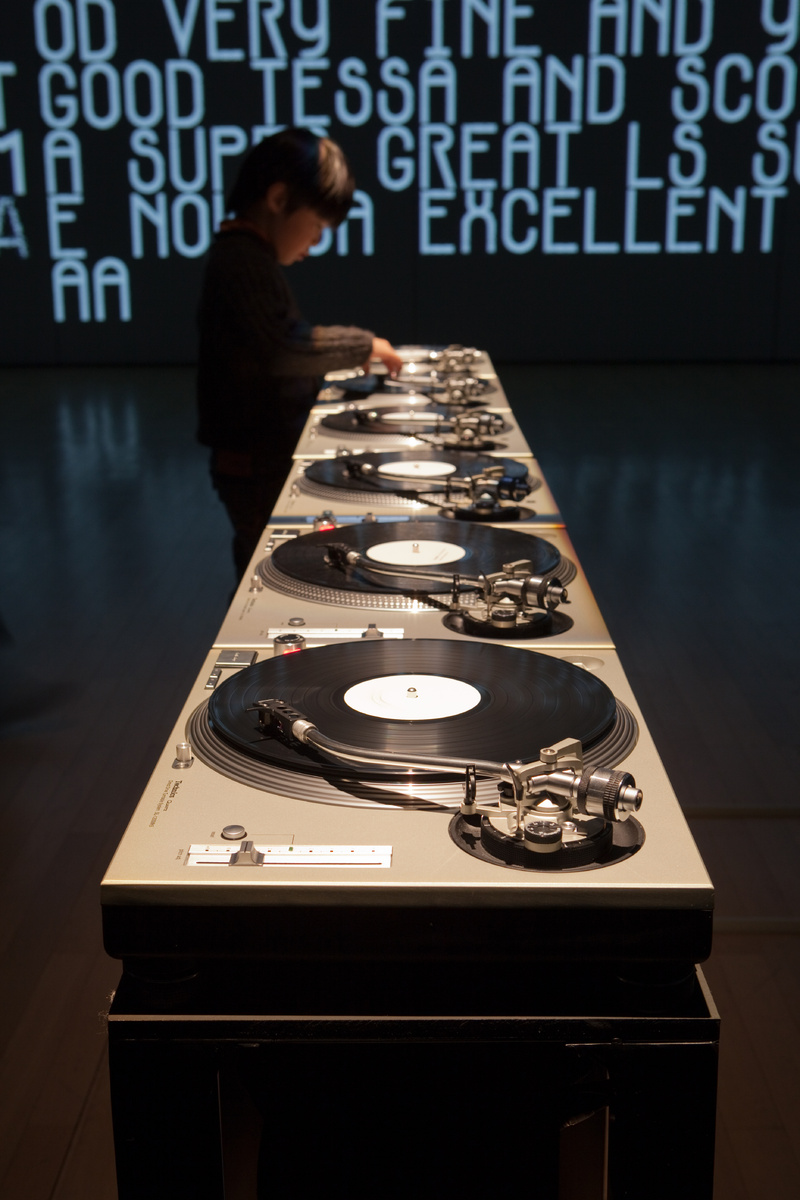 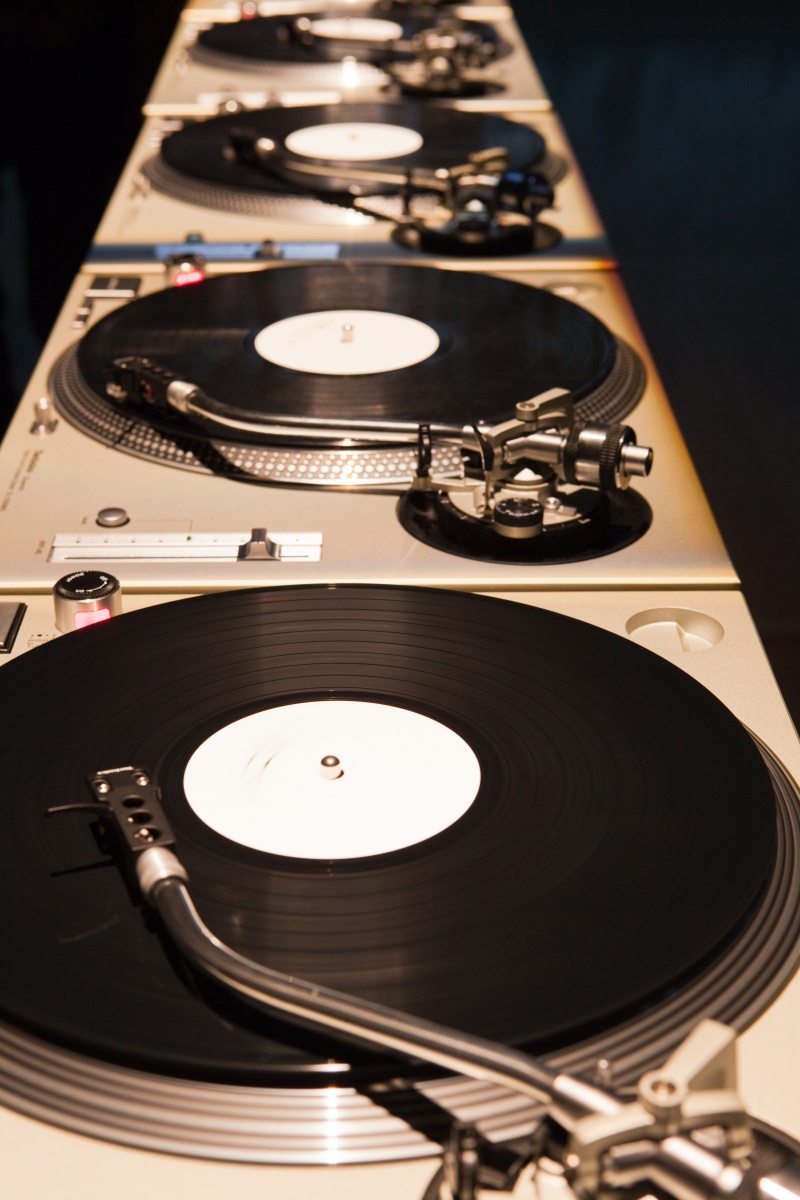 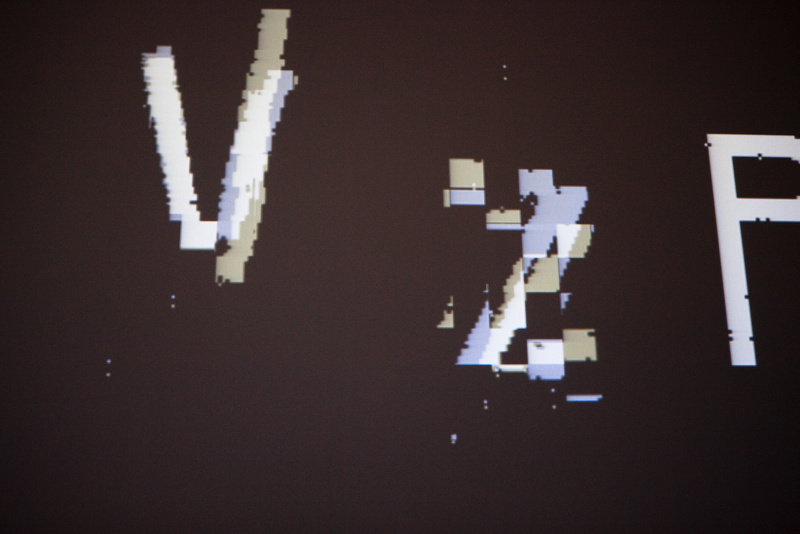 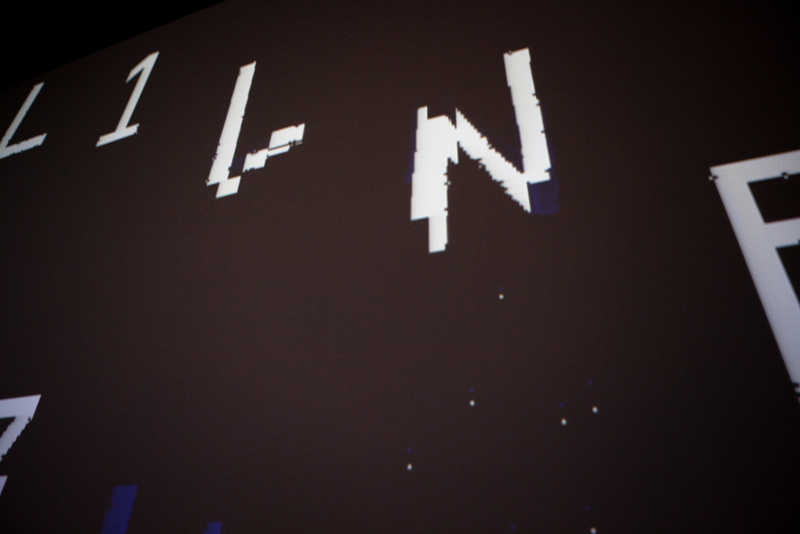 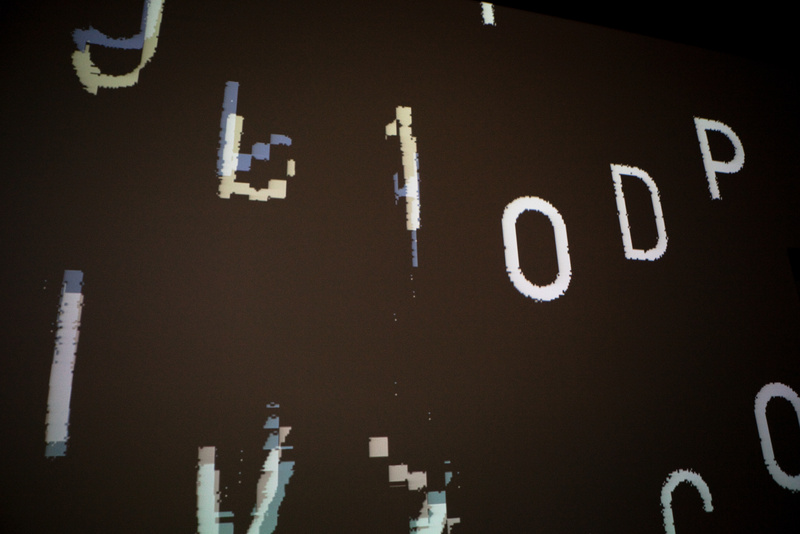 Letters of the Semitra-designed font "fTime" (time visualized through a typeface) are displayed in alphabetical order on a large screen installed in the exhibition space. By playing records on a total of six turntables set up in front of the screen triggers, visitors can scroll down in the list, and further operate the turntable in a DJ-like "scratching" fashion to add irreversible distortion to the "fTime" design. At the same time, the letters gradually decompose during their repeated "playback" throughout YCAM's opening hours. Spreading across the entire exhibition space via a network, these data generate a continuously changing "fontscape".