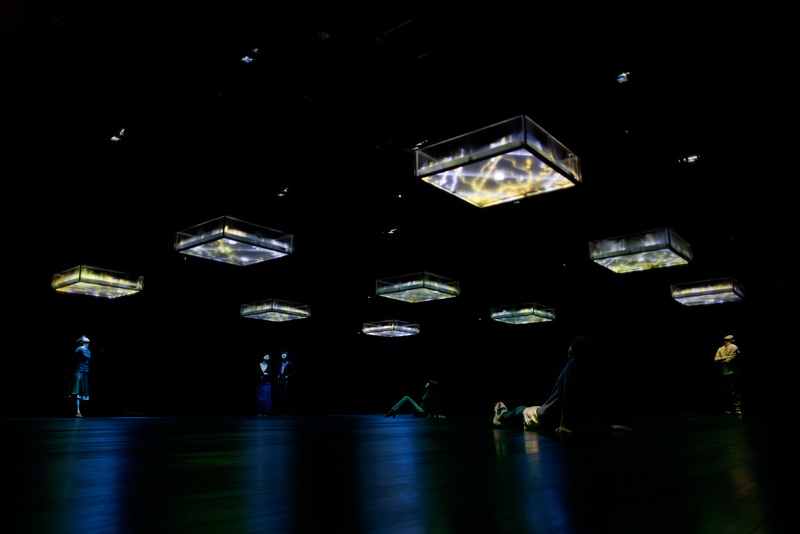 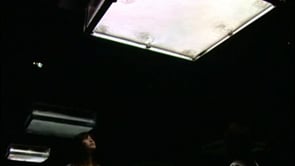 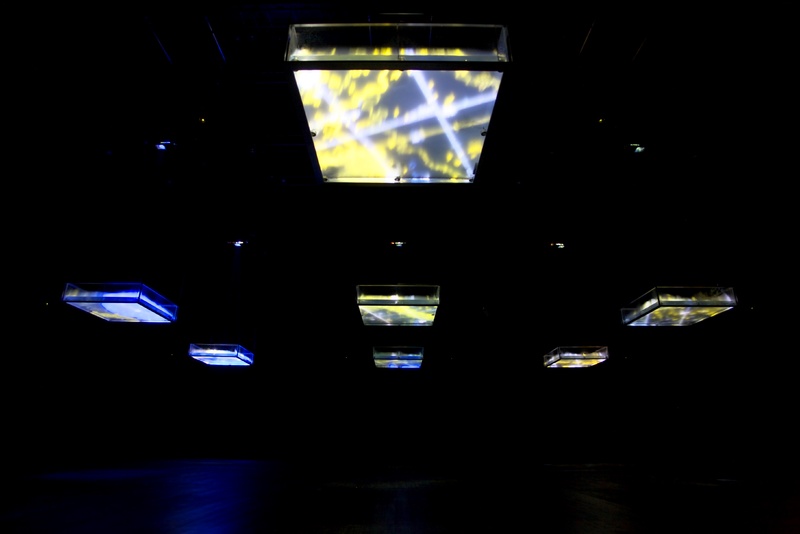 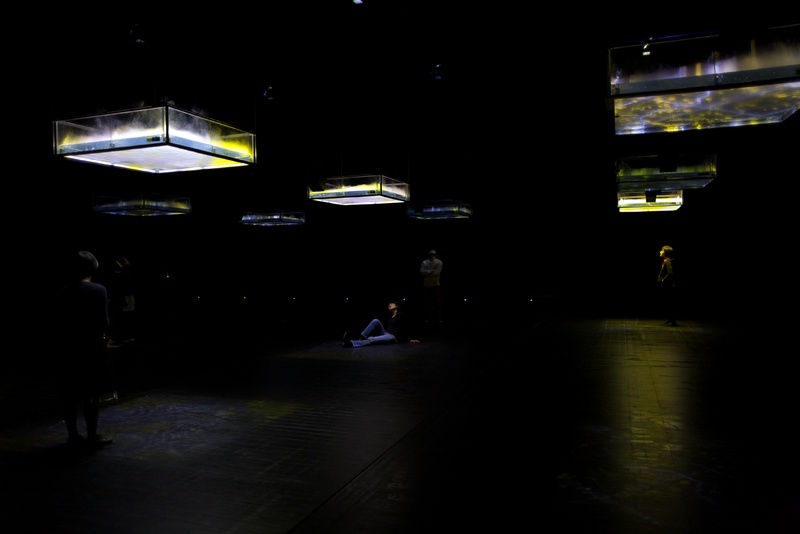 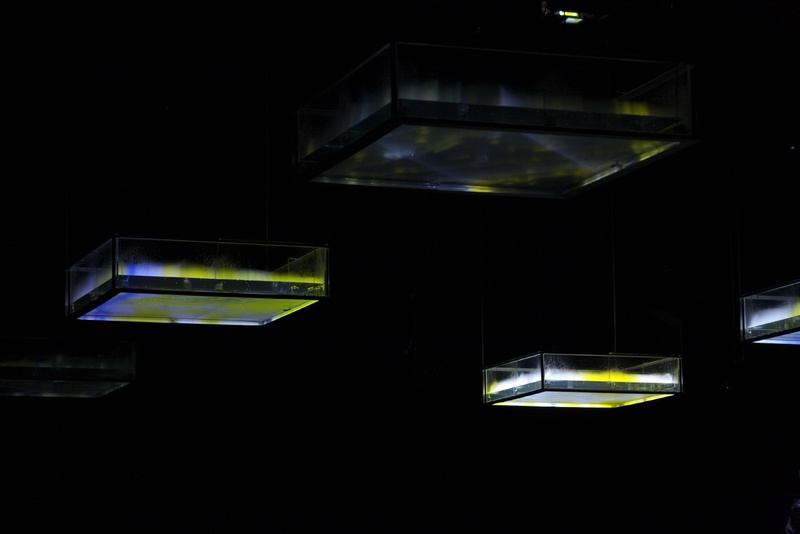 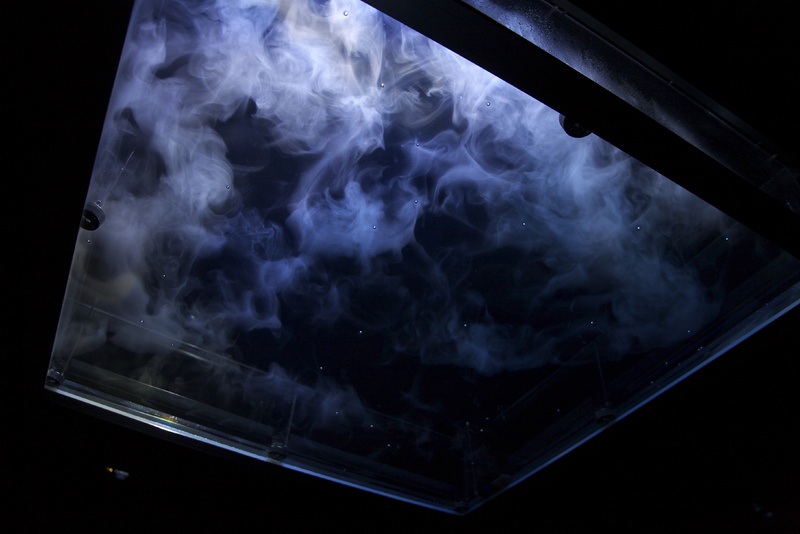 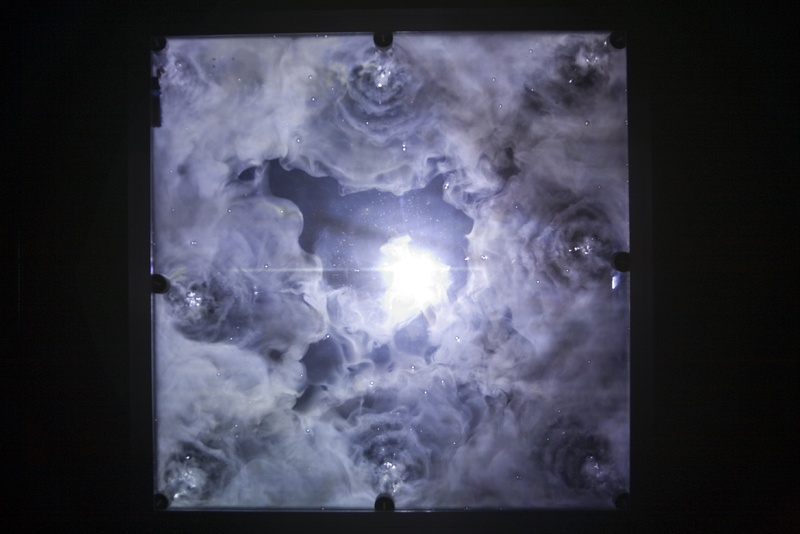 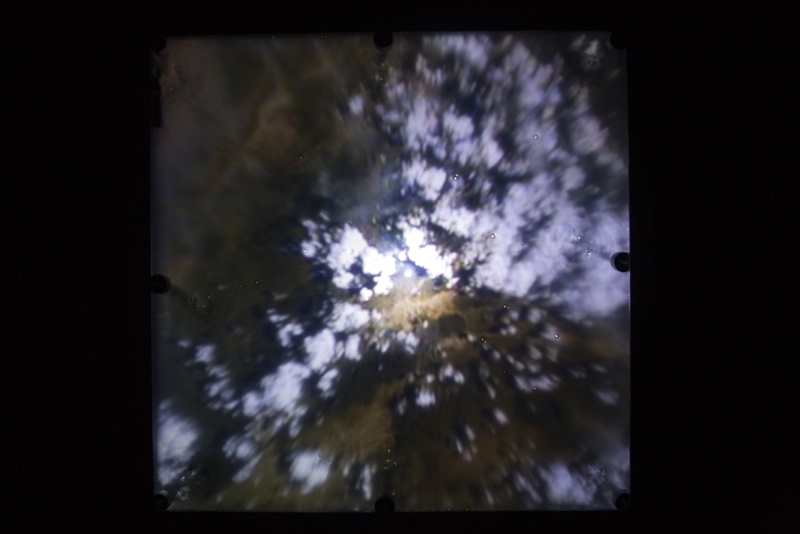 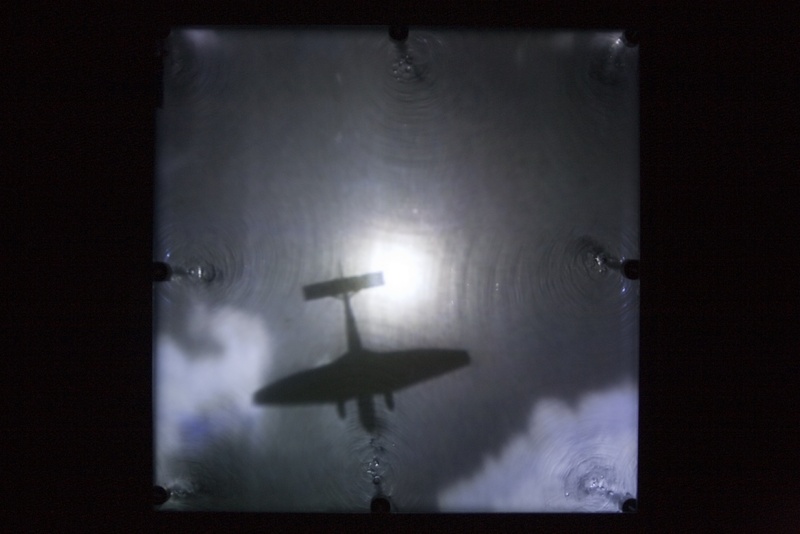 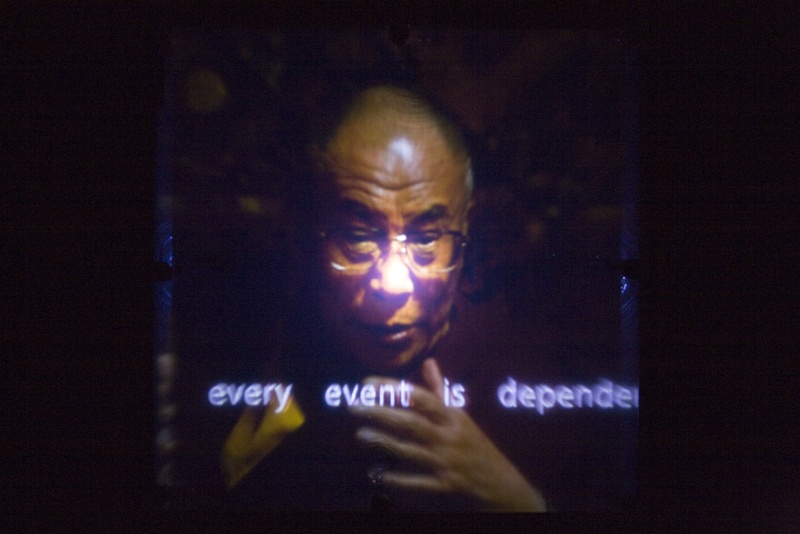 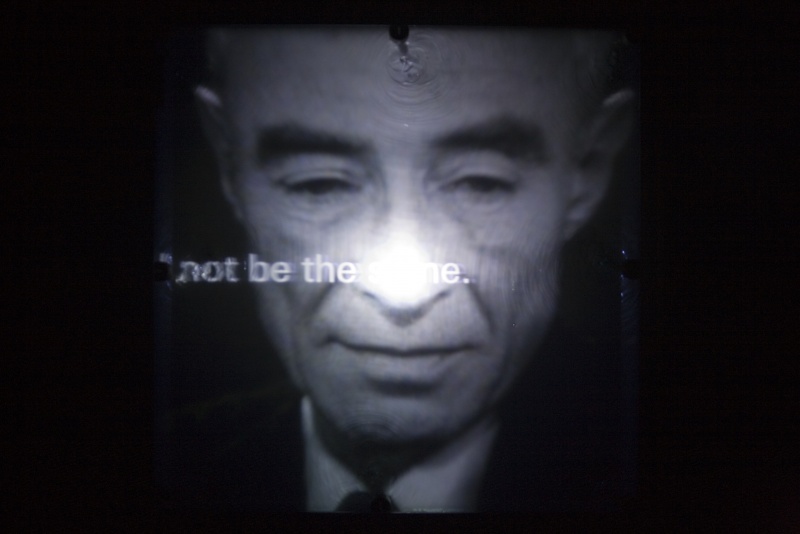 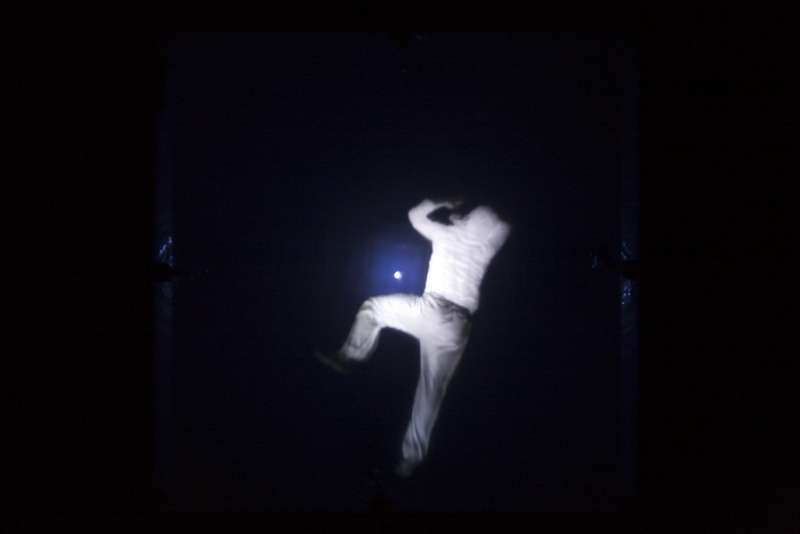 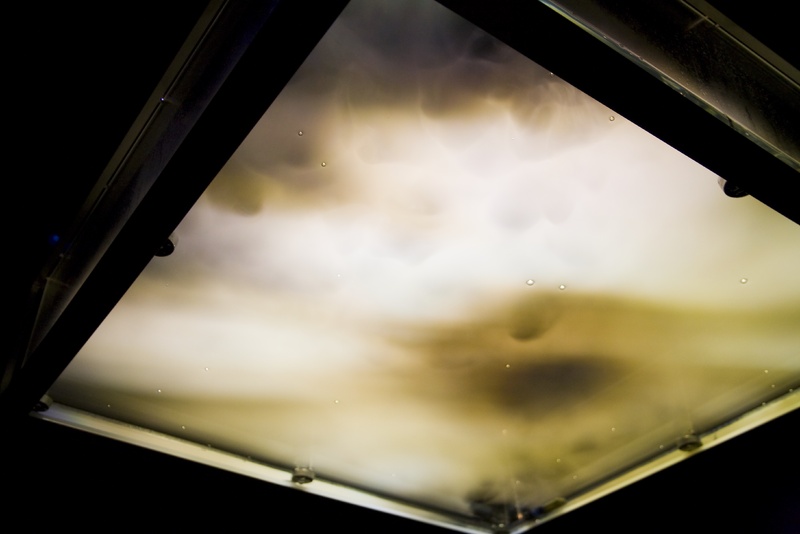 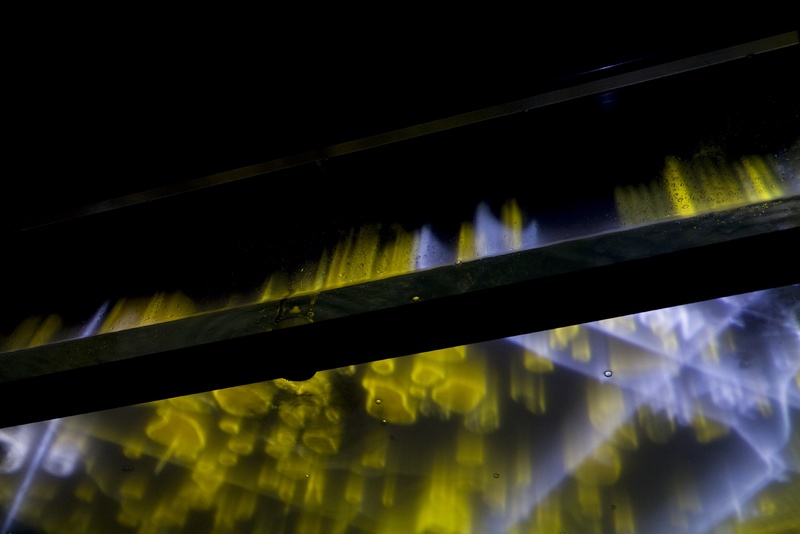 This installation was created by disassembling and restructuring Ryuichi Sakamoto's "LIFE" opera composed of elaborate simulations of 20th century musical styles, and footage documenting historical events of the 20th century.

Nine water tanks suspended from the ceiling are filled with fog, onto which images are projected from above, while sounds from nine speakers connected to each of the tanks reverberate across the exhibition space. Repeated synchronization and dispersion of the showering sounds and ever-changing images seen through the wavering fog create an intricate audio-visual setting in which the visitor can walk or lie down to direct his/her attention to the interface between the visible and the invisible, the audible and the inaudible, while abandoning himself to the fleeting world of light and sound.

Nine water tanks measuring 1.2 x 1.2 meters, and 30 centimeters high, are suspended from the ceiling of the exhibition space. Each is filled with approximately 100 liters of water, above which fog produced by ultrasonic mist generators with varying density continuously flows above the water surface. The fog functions as a projection screen for the images used in this work, resulting in concrete yet at once abstract, immaterial yet at once physical visual impressions.

For this work, approximately 400 audio/video sequences extracted from the original "LIFE" were combined with around the same amount of newly produced material. Images are divided into 15, sounds into 30 categories, whereas both components are algorithmically combined to create an infinitely transforming audio-visual setting. 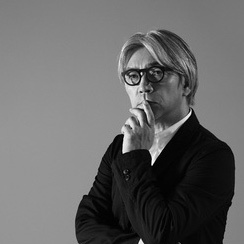 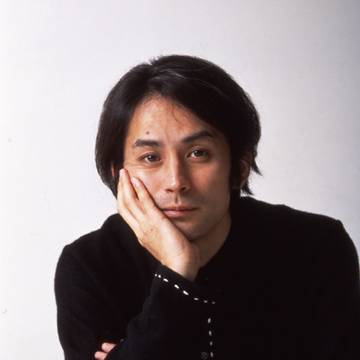 Born in 1963, Takatani is one of the founding member of the artist collective Dumb Type, which was established in 1984. Besides Dumb Type, Takatani began a parallel solo career in 1998. In his solo activities, Takatani’s works were presented, among others, Festival de Marseille, New National Theatre Tokyo, National Theater & Concert Hall Taipei, Centre Pompidou-Metz France, Sharjah Biennial UAE. His first retrospective solo exhibition, Camera Lucida, was held at the Tokyo Photographic Art Museum in 2013. He also worked in collaboration with diverse artists such as Fujiko Nakaya, Mansai Nomura, Raku Kichizaemon XV, among others. The latest theater piece by Ryuichi Sakamoto + Shiro Takatani, TIME was premiered at Holland Festival in June 2021. Dumb Type is the Japan Pavilion Artist at the 59th International Art Exhibition - La Biennale di Venezia in 2022.