A new landscape of dance realized through collaboration

This dance piece was conceived as an act of contemplation in a peaceful time-space interweaving sounds and images.

Installed on the stage is a white floor that serves as a projection screen, while a balloon about one meter in diameter that functions at once as illumination is suspended from the ceiling. Against this backdrop, dancers fitted with little wings perform a poetic kind of dance incorporating handstands, one-handed walkovers, forceful jumps and other almost unreal-looking acrobatics.
While video footage of the sky, waves and sunbeams recorded in Yamaguchi is projected onto the surface beneath the dancers' feet, the entire space is filled with elaborately rhythmical sounds ranging from beautiful piano tones to noise, intertwining and amalgamating in various ways with the performance to create a serene spatial and temporal environment that inspires the audience to indulge in dreamy thoughts. 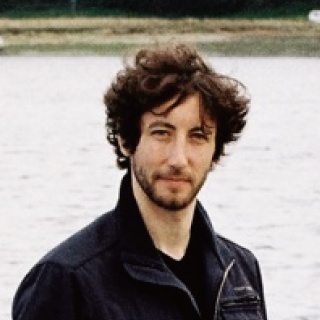 During his training and since 2001, André conceived and produced several modules with different thematic approaches. In 2002, he founded the Association W dedicated to examining the circus arts through the prism of contemporary creation. In 2004, he produced his first original-concept creation, intérieur nuit, a hybrid circus-and-digital arts concept that toured in France and abroad, that has been followed by a second solo comme en plein jour in 2006. In 2005 he became the first circus artist to get a 'Villa Medicis Hors Les Murs' AFAA grant . He travelled to Japan and built up a collaboration with 2 Japanese artists. Thanks to the support of the Yamaguchi Center for Arts and Media, they created the piece 'Hidden Faces / Faces cachées / Kakusareta men'.

He also embarked on a performing career alongside the choreographers Philippe Découflé, Gilles Baron, Christian Rizzo, Herman Diephuis, François Verret, Rachid Ouramdane. He turned his attention to collaborative projects with stage directors, choreographers, musicians and visual and graphic and kept on working in other artistic fields. André met Robin Rhode (drawer and plastician artist) and started to collaborate as an performer for Robin's productions.In 2010, he produced a new pièce Qu'après en être revenu, for 3 acrobates dancers and one musician on stage. In 2011, he choregraphed the creation of Arnaud Meunier '11 septembre 2011', produced in the Théâtre de la Ville of Paris. With the french author Fabrice Melquiot they created two performances, S'enfuir (2011) and L'espace (2012), exploring the links between words and movement.

Born 1976 in Osaka. A spirited artist who has been calmly contemplating his own personal style since releasing his first full album "SILICOM", while forcefully expanding the realm of his unique musical expression. Received high international acclaim for his musical output and live shows while working mainly in Europe between 2004 and 2011, when he returned to Japan. Is presently based in Osaka.

Has so far released solo works from such internationally renowned labels as PROGRESSIVE ForM, op.disc, fatcat, raster-noton and commons, and collaborated on a number of albums with the likes of Tujiko Noriko and Masakatsu Takagi, Aoki's partner in his previous outfit SILICOM. Also remixed pieces by Ryuichi Sakamoto, Yoshihiro Hanno and Sakanaction, and worked on recordings by the likes of ACO and BUN / Fumitake Tamura as a mixing engineer. In addition to his musical activities, he is also active as a photographer, and launched the hybrid design project "A.M." with graphic designer MAA in 2013. 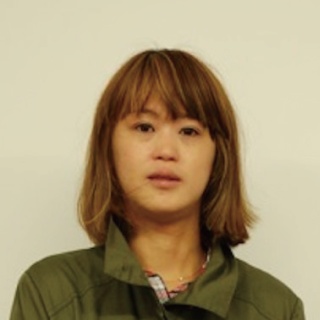 Born 1980 in Kyoto. Graduated from the Institute of Advanced Media Arts and Sciences [IAMAS].

Has been involved with various forms of visual expression mainly in the realms of music and performing arts while still enrolled at university, working as a stage and video director, VJ and producer of promotion videos among others. Technical director for corporate digital media, video programming, networks and other technology-based display/production at IMG SRC since 2007, and the first Japanese female programmer to be featured on the official website of MaxMSP/Jitter developer/distributor Cycling 74.

Since 2011, she has been engaged in the development/research of genetic data analysis software making use of information design at Tohoku University and The Institute of Medical Science, The University of Tokyo.

Is recently focusing on software development/research and production incorporating video design, information design and programming, themed around the visualization of raw data.