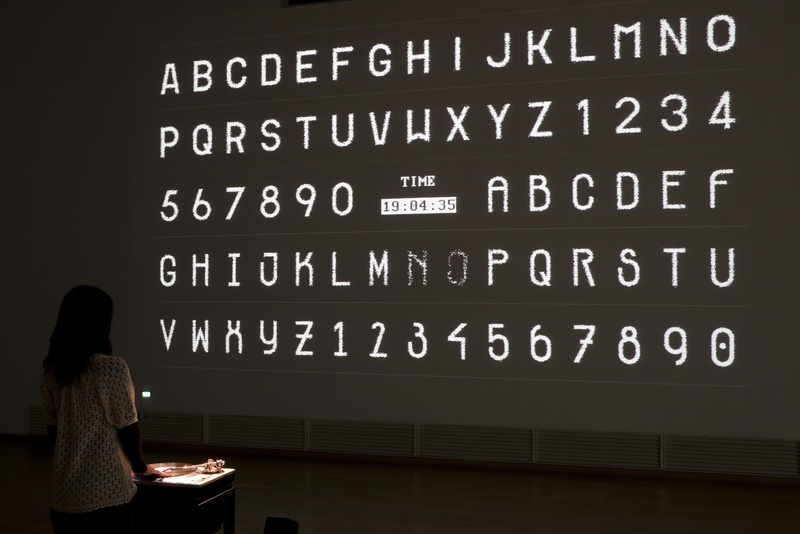 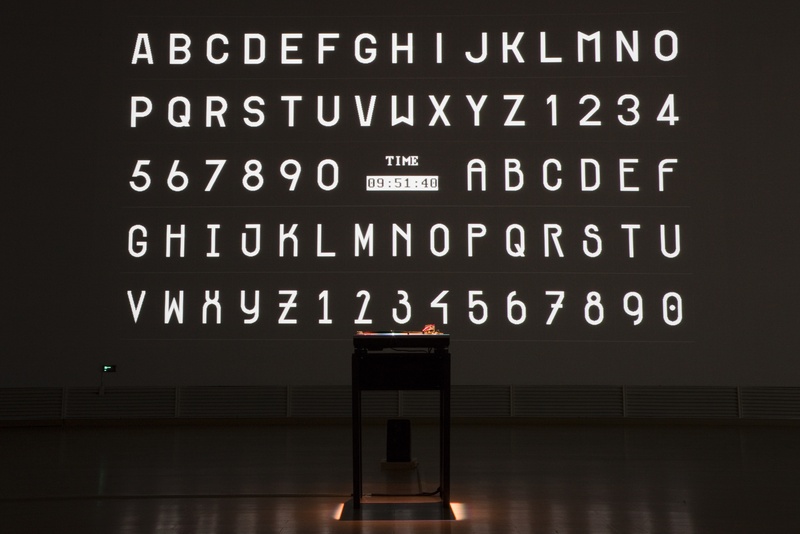 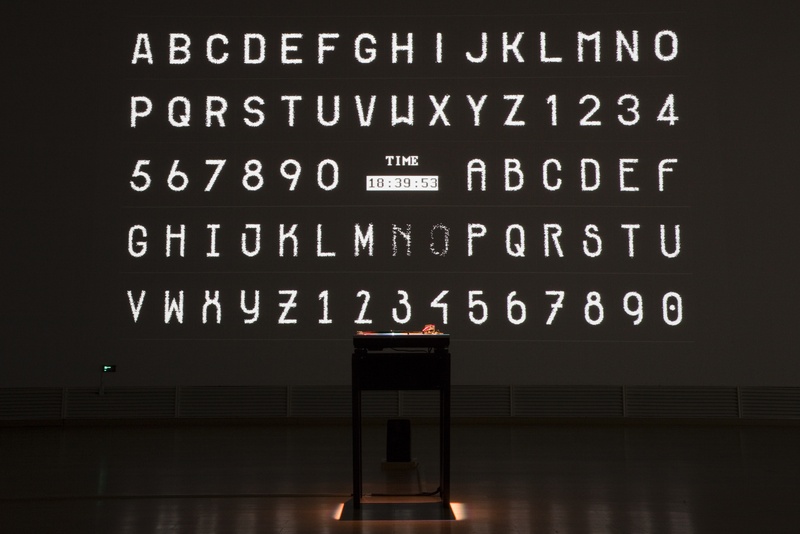 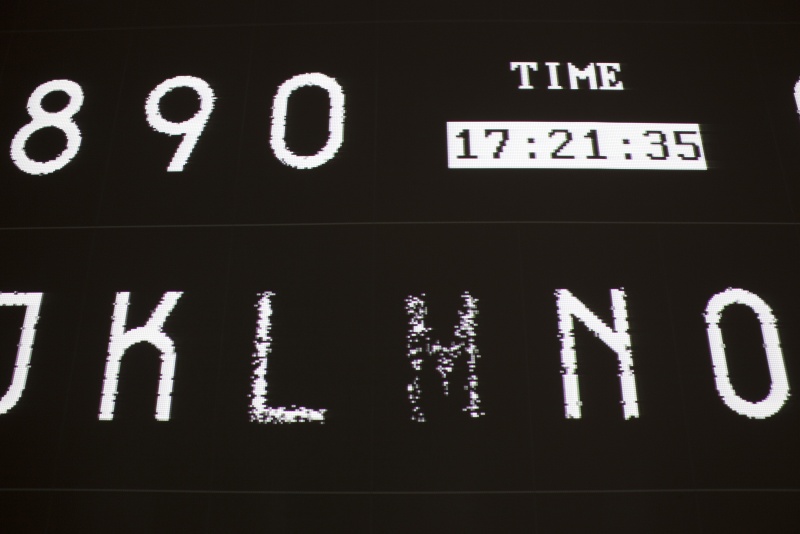 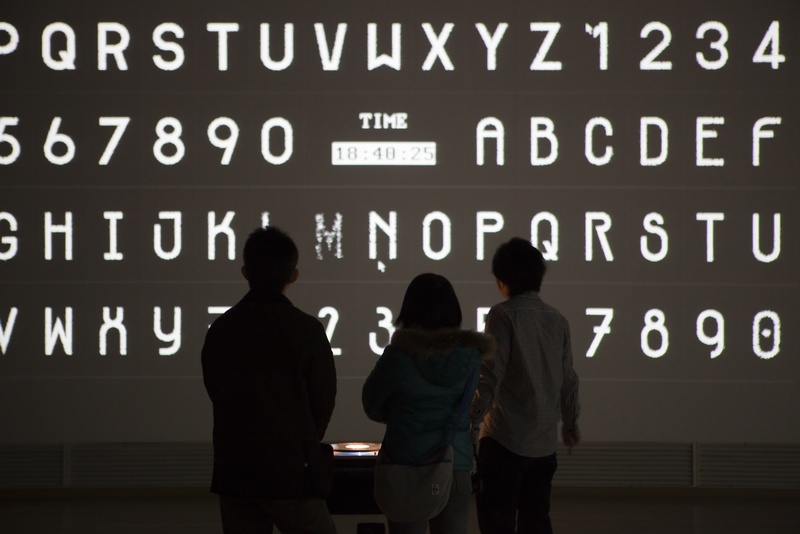 Overlooking the transformation process of the original “fTime”

A total of 33 letters and numbers created in "Movable Type" are displayed at once on a screen inside the exhibition venue. By operating turntables installed in front of the screen, visitors can "play" the decomposition process of a font just like audio or video playback.
The work - in a sense a list of samples of the "fTime" font - highlights the characteristics of individual letters as they change their appearance over time.