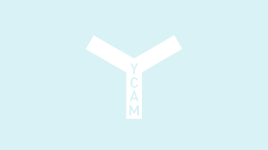 After working as a teacher of theater and literature, joined company "Nouvelle Air" in 1973, which produced prominent choreographers in Quebec such as Ginette Laurin and Edouard Lock (Lalala Human Steps).

Since he made his debut in 1978 as a choreographer, he has immediately received recognition for his viewpoints penetrating human relations, people's weak points, taboos, and conventional ideas. He presented his works one after another in different countries, and came to Japan in 2004, when he introduced his piece "Tensions" at the Aoyama Dance Biennale. The piece depicting solitude from his uniquely fresh viewpoint attracted a great deal of attention.

After teaching at Quebec University for ten years, he is currently working as a residential artist at Place des Arts, Comprehensive Art Center in Montreal. Also he acts vice-chairman of Quebec Council of the Arts.