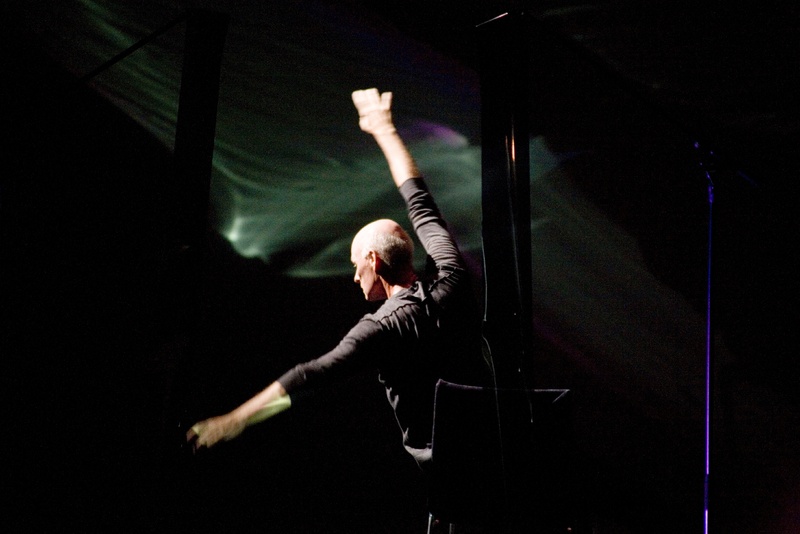 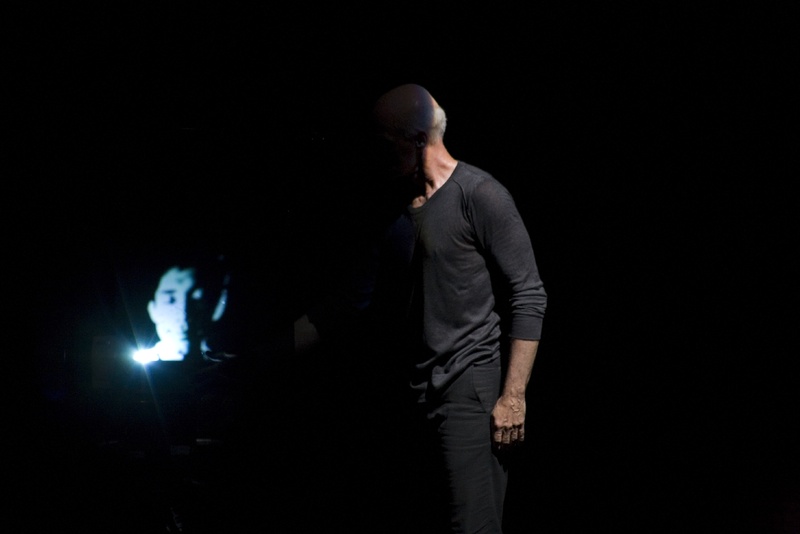 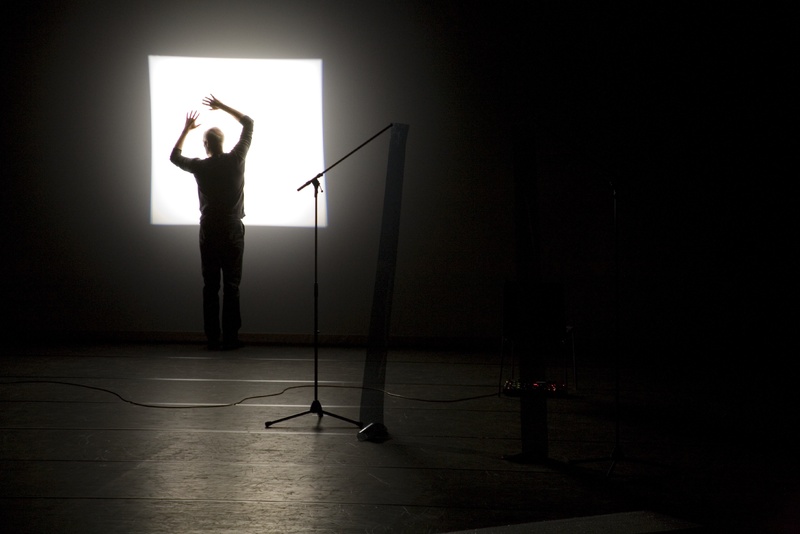 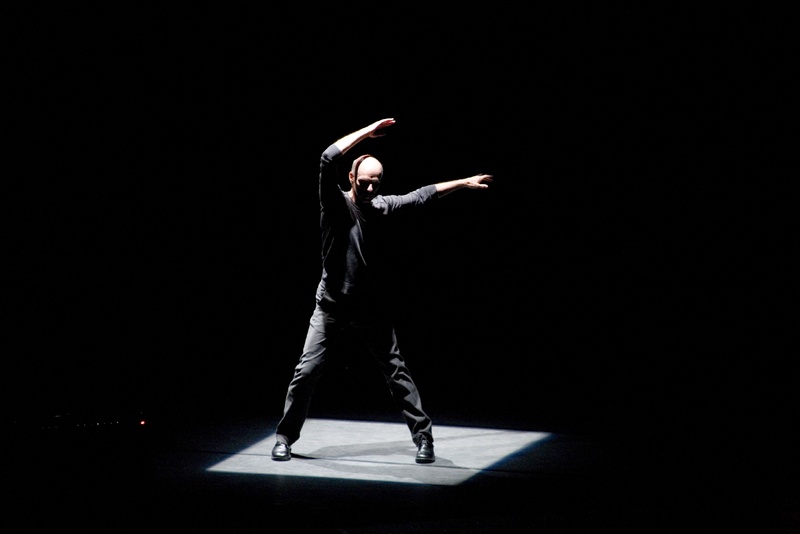 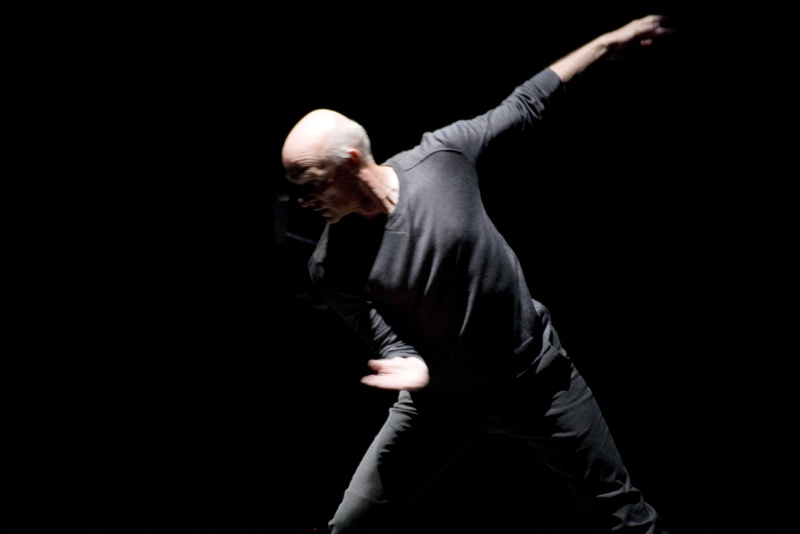 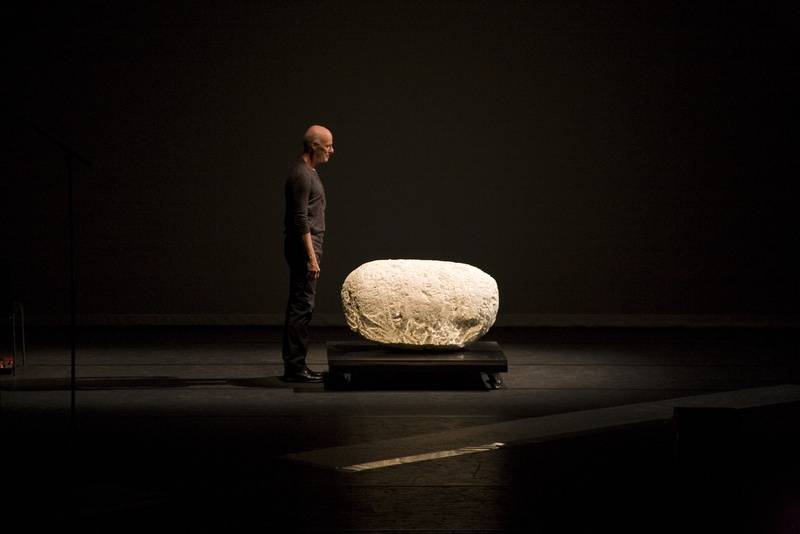 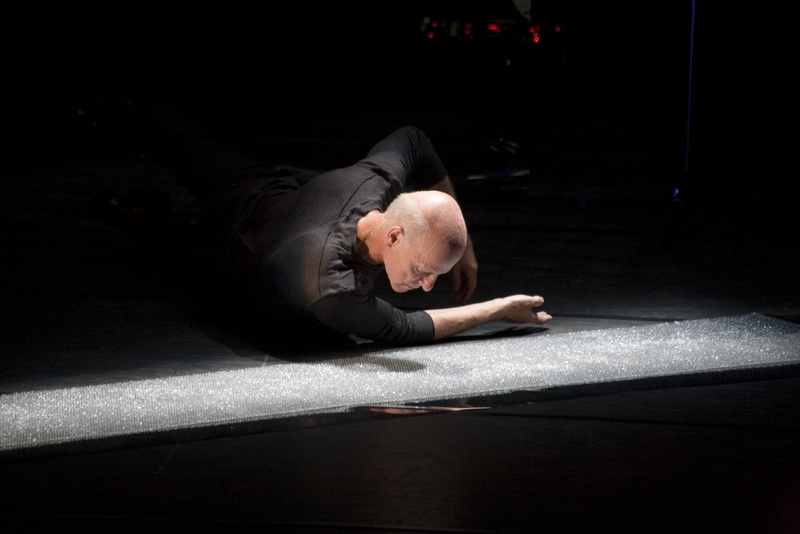 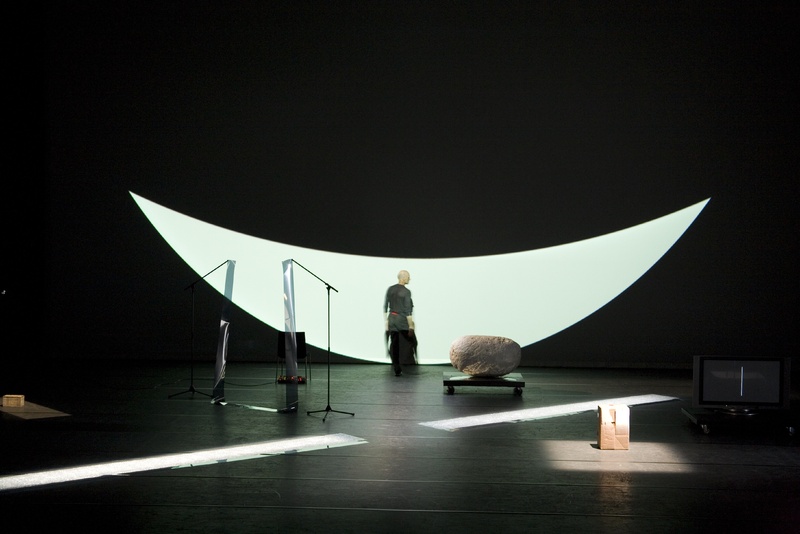 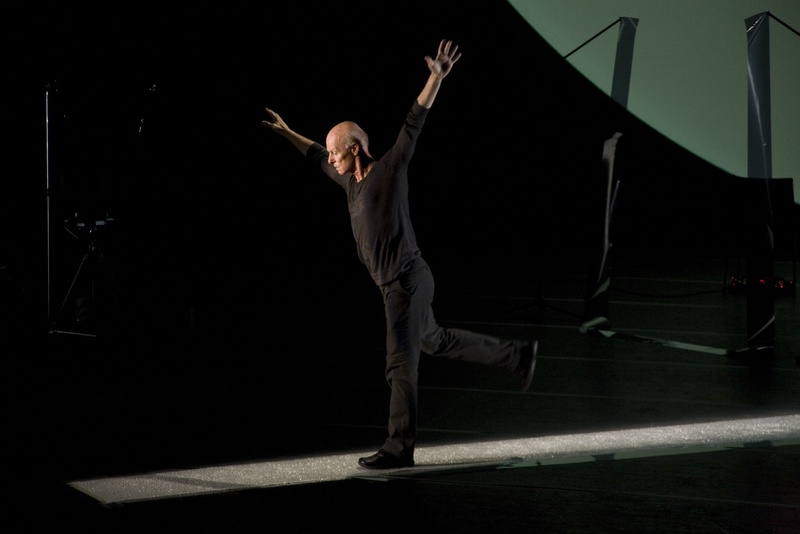 Shared memory generated through the body's interaction with various things

In contrast to "30x30", this 60-minute dance piece is performed on an indoor theater stage.

Scattered across the stage are various objects collected in Yamaguchi, such as driftage found on the seashore, chairs, TV sets and packaging materials, as well as a half-mirror screen. On a stage wrapped up in disturbing sounds somewhere between noise and ambient, the dancer interacts with these elements via his body, eagerly working to share his memory with the audience. In concert with the dancer's body movements, abstract patterns made up of geometric shapes are occasionally projected onto a large screen installed in the back of the stage. Changing according to the dancer's movements, these patterns aim to shake the viewer's emotions.

After working as a teacher of theater and literature, joined company "Nouvelle Air" in 1973, which produced prominent choreographers in Quebec such as Ginette Laurin and Edouard Lock (Lalala Human Steps).

Since he made his debut in 1978 as a choreographer, he has immediately received recognition for his viewpoints penetrating human relations, people's weak points, taboos, and conventional ideas. He presented his works one after another in different countries, and came to Japan in 2004, when he introduced his piece "Tensions" at the Aoyama Dance Biennale. The piece depicting solitude from his uniquely fresh viewpoint attracted a great deal of attention.

After teaching at Quebec University for ten years, he is currently working as a residential artist at Place des Arts, Comprehensive Art Center in Montreal. Also he acts vice-chairman of Quebec Council of the Arts.

Born 1976 in Osaka. Graduated from the International Academy of Media Arts and Sciences [IAMAS].Creates video pieces and installations by assembling audio/video recordings, found objects and other ordinary materials. Main works include "Fat Shades", a video piece filmed in Vietnam and Cambodia, and "Light Symbol", imitating a projector by shining pictographs chiseled into the surface of a light bulb through a lens to focus into an image on the wall.Recent solo exhibitions include "Criterium 80: Takao Minami" at Art Tower Mito (2010), "Flickers: new media art from Japan" at Goethe Institute Hanoi (Vietnam, 2009). Participated in the Lyon Biennale 2013, the "Invisibleness is Visibleness" group show at the Museum of Contemporary Art, Taipei (2011), and others.