The title "rheo", the Greek word for "flow", was inspired by the expression "Everything flows (panta rhei)" that embodies the thoughts of ancient Greek philosopher Heraclitus. As one can guess from this title, images fusing live-action and computer graphics elaborately interlocked with sounds blending field recordings and electronic sounds generate one current that integrates simplicity and complexity, space and time, to stir up human perception. 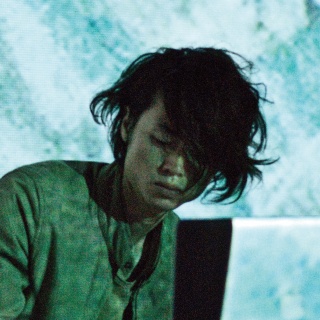 Born 1978. Began to work as a video/sound artist in 1999. Released the audiovisual work "Copynature" (CD/DVD) from the PROGRESSIVE FOrM label in 2003, followed in 2004 by "Read" (CD/DVD), released on Haruomi Hosono's label "Daisyworld Discs". His works have been exhibited/screened in Japan and abroad at museums and festivals such as Sonar (Barcelona) or Dissonanze (Rome). Has also been invited to appear in audiovisual live performances at Mutek (Montreal) and other international art festivals. Frequently collaborates with other artists, contributing live visuals to performances by Sketch Show, or taking charge of operations at ACO's concerts. In 2004, he was in charge of live imagery at performances by Human Audio Sponge (Sketch Show + Ryuichi Sakamoto). In 2010, his own work "rheo: 5 horizons" was awarded a Golden Nica in the Digital Music category at Ars Electronica (Linz, Austria). At the 2011 Venice Biennale, he was selected to participate in the collateral project "One of a Thousand Ways to Defeat Entropy". Presently lives in Berlin.