Information on the exhibition and individual works is displayed when visitors place flyers on navigation tables set up at three locations inside the venue, and use their fingers to shut one by one a total of 16 holes punched into each flyer. This system is based on high-precision shape detection technology that recognizes a flyer as soon as it is placed on one of the tables, regardless of position or direction, and instantly triggers the display of information.
In an age characterized by a mixture and competition of myriad types of media, this work re-evaluates the feeling and presence of "paper" as a primary medium, and explores new possibilities of navigating through exhibitions by combining it with cutting-edge information technology. 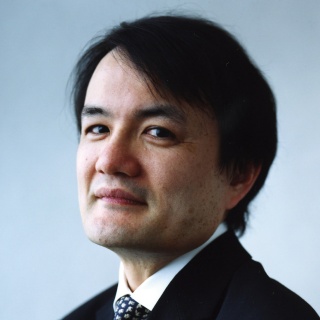 Graduated from the Faculty of Engineering of the University of Tokyo in 1982. Worked for Nissan Motor Design Center before going freelance in 1987. After working as an associate professor of the University of Tokyo 1991 through '94, he established his own design company, Leading Edge Design, in 1994. Was appointed professor at Keio University in April 2008. While designing industrial products such as cameras, watches, automobiles and furniture, Yamanaka has been pursuing research and development in robotics, informatics and other scientific fields. Thanks to his extensive research into responses to shapes of ticket gates, he became a key figure in developing and implementing JR East's "Suica" automatic ticket gate system. Won a Gold Prize at the Good Design Award 2006 for the "OXO daikon grater", and a Good Design Award for Ecology Design in the New Territory Design category for the "Aimulet" batteryless communication terminal. 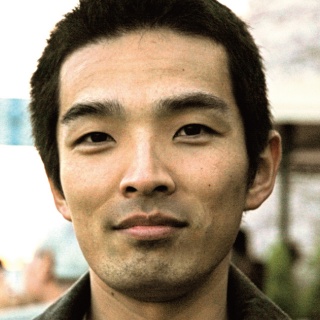 Graduated in Engineering Synthesis from the University of Tokyo, Faculty of Engineering, in 2000. After leaving the International Academy of Media Arts and Sciences (IAMAS) in 2002, began to work as a web designer and programmer. Joined Leading Edge Design as a design engineer in 2003. Won an Excellent Work Award at the DESIGNTOPE design competition in 2001, a "Jury Recommended Work" award at the Media Arts Festival, Agency for Cultural Affairs, a Good Design Award (2004) and an iF Product Design Award (2005) for "OnQ" (NTT DoCoMo).