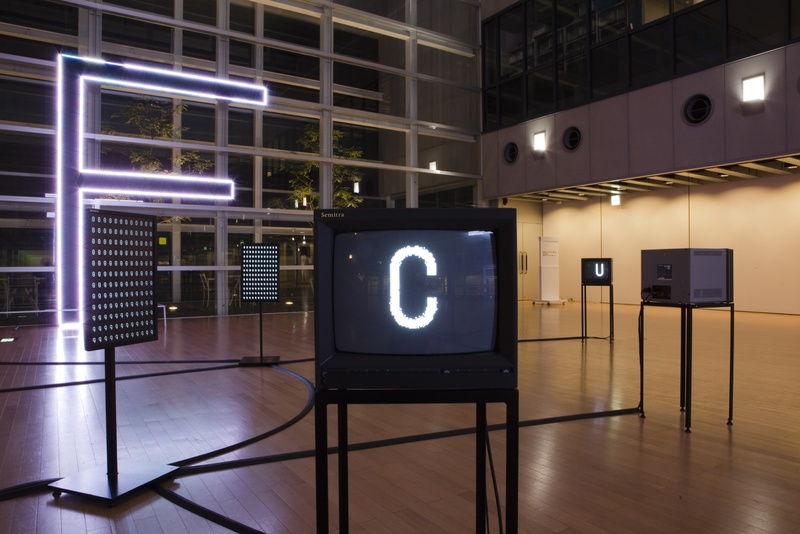 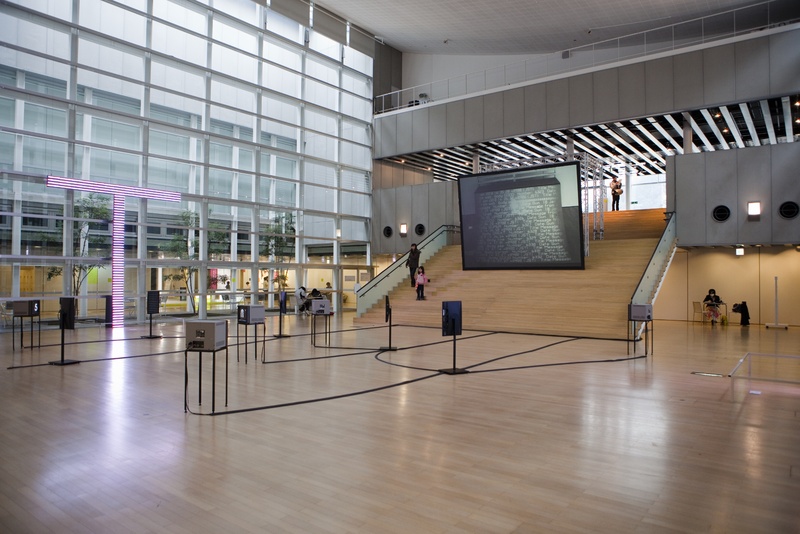 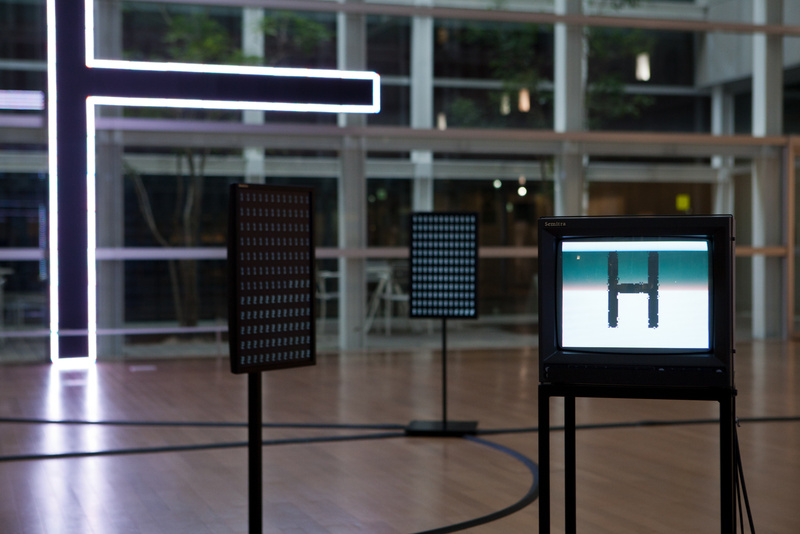 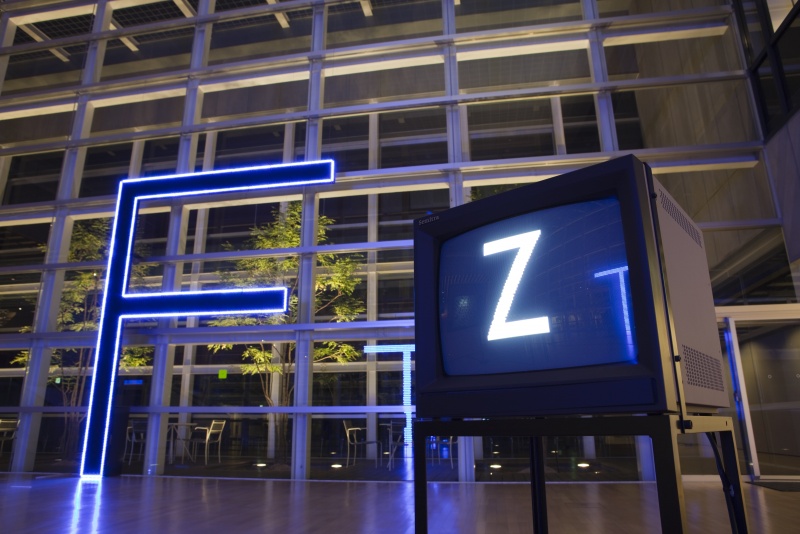 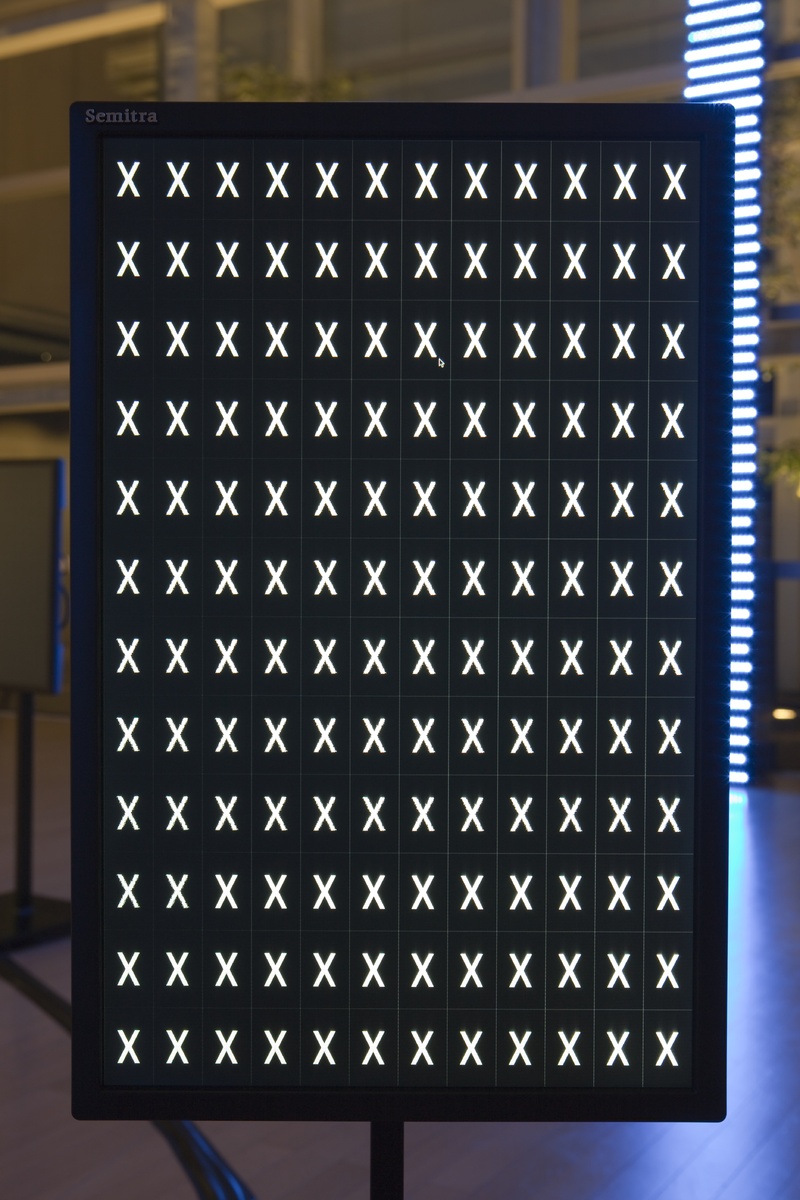 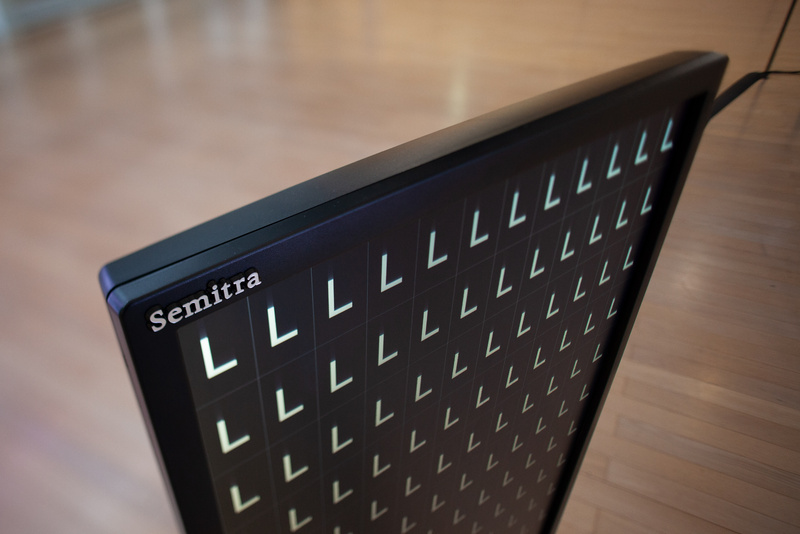 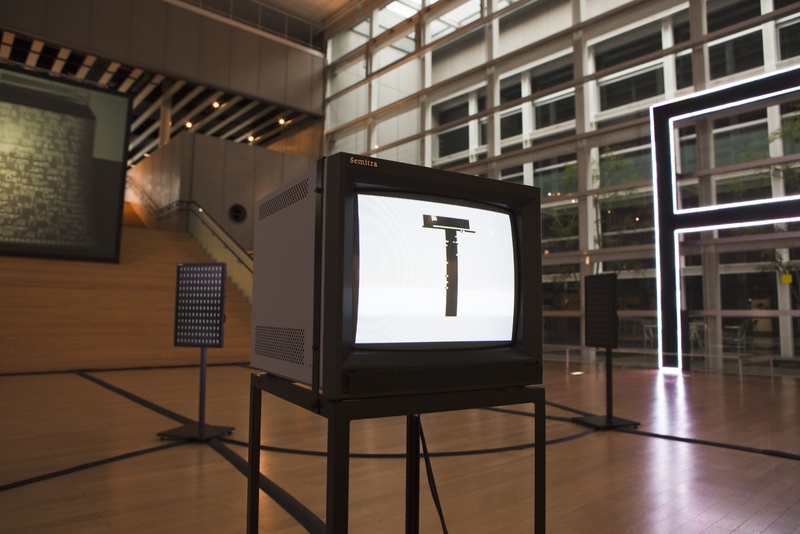 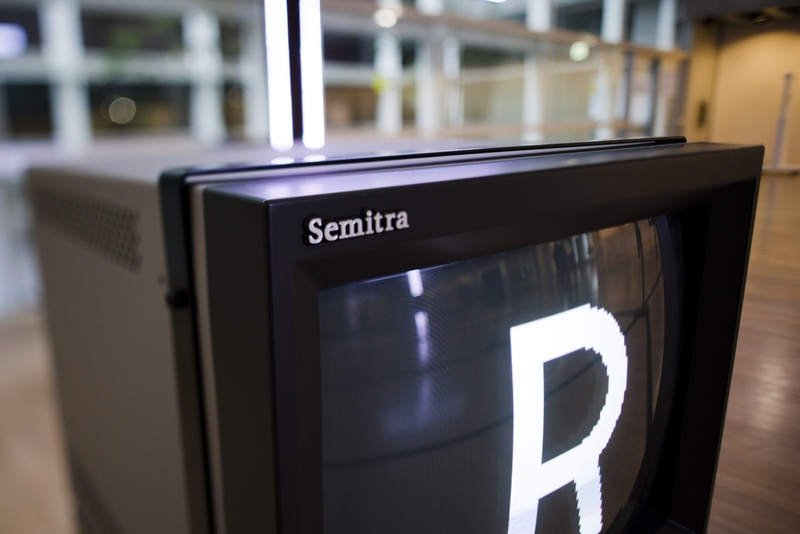 Experience a font that changes its appearance through media

A total of ten LCD and CRT monitors arranged in a circle show the decomposition process of "fTime", as well as single letters extracted randomly from "fTime". Dispaying "fTime" via media with different reproduction systems and resolution, the work is a symbolic hint at the emerging various relationships between typeface, time and output media.