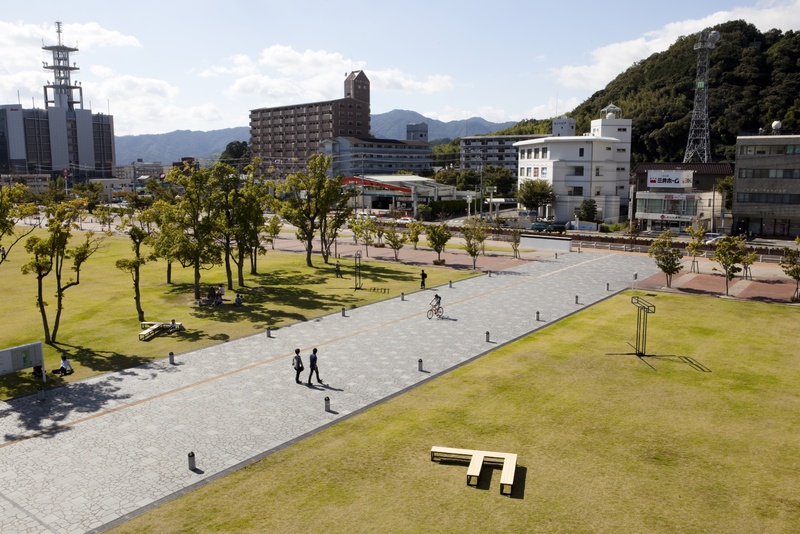 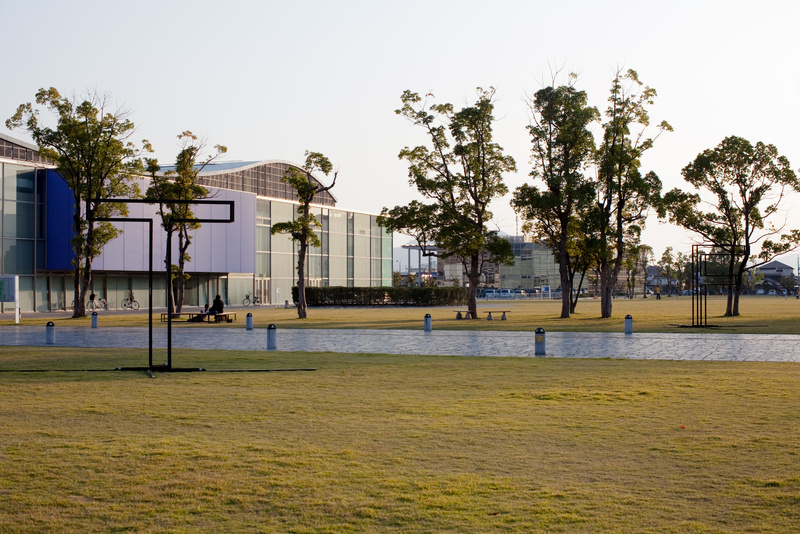 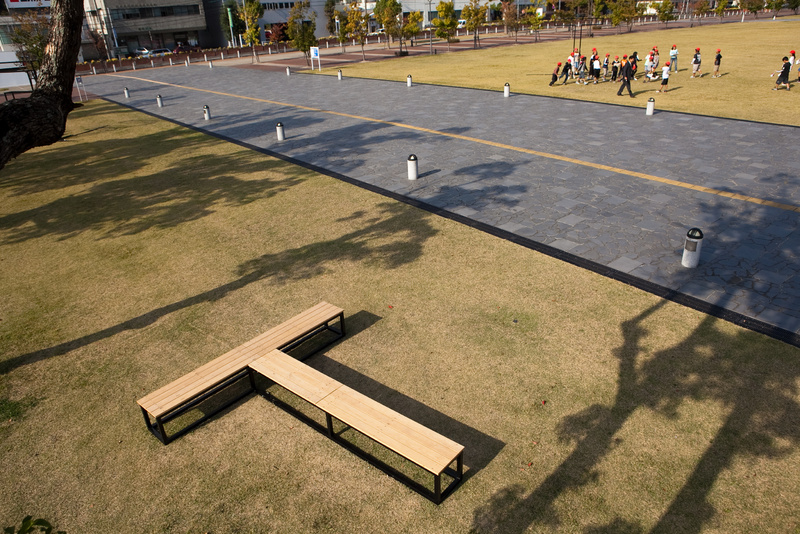 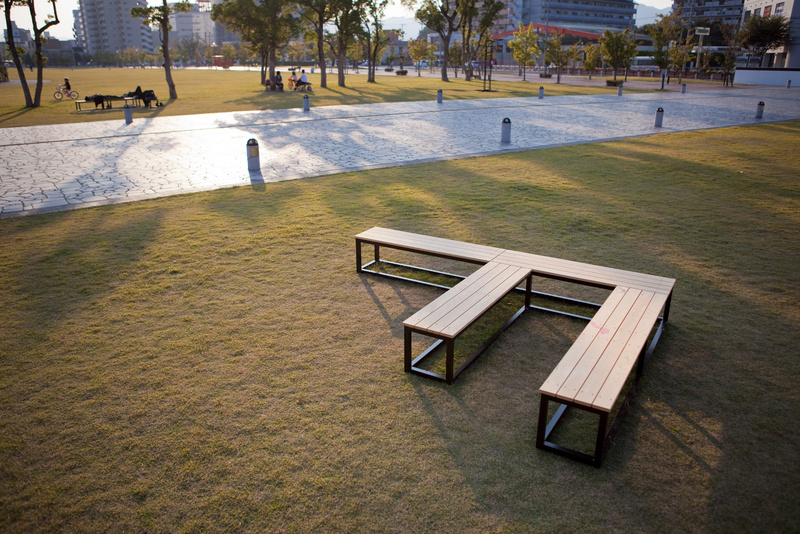 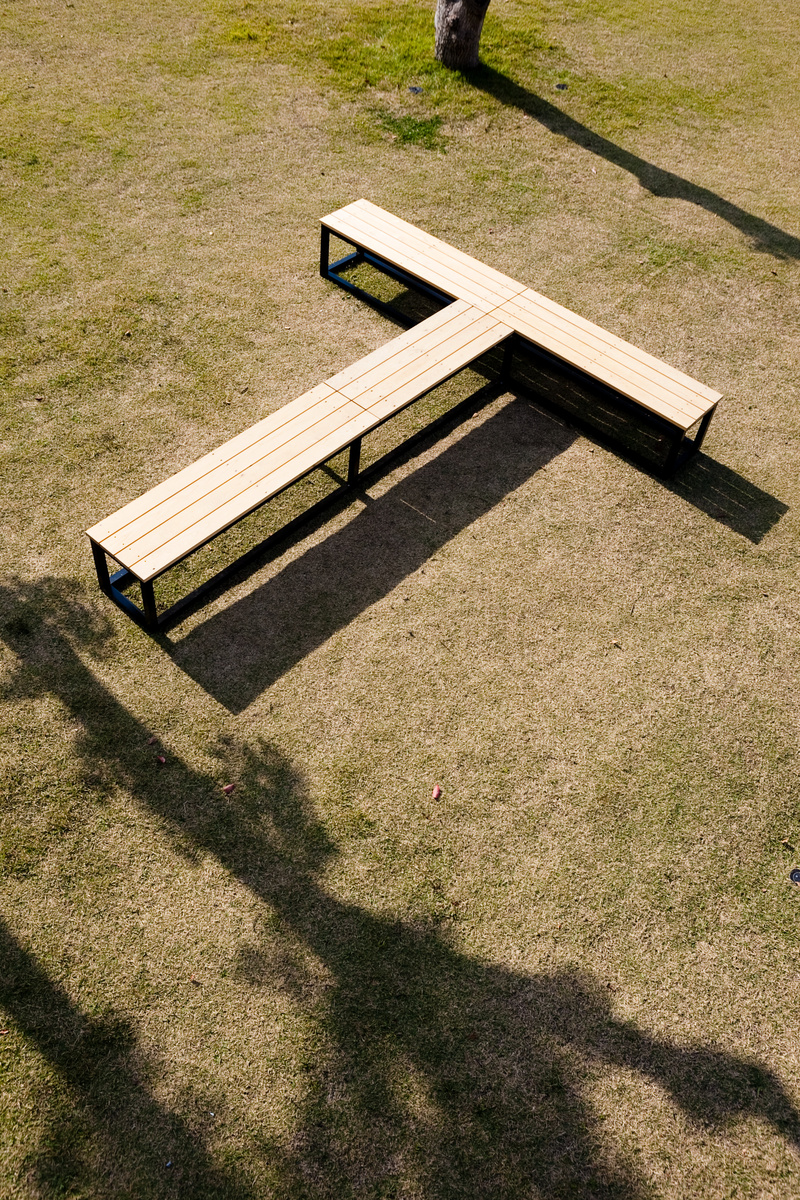 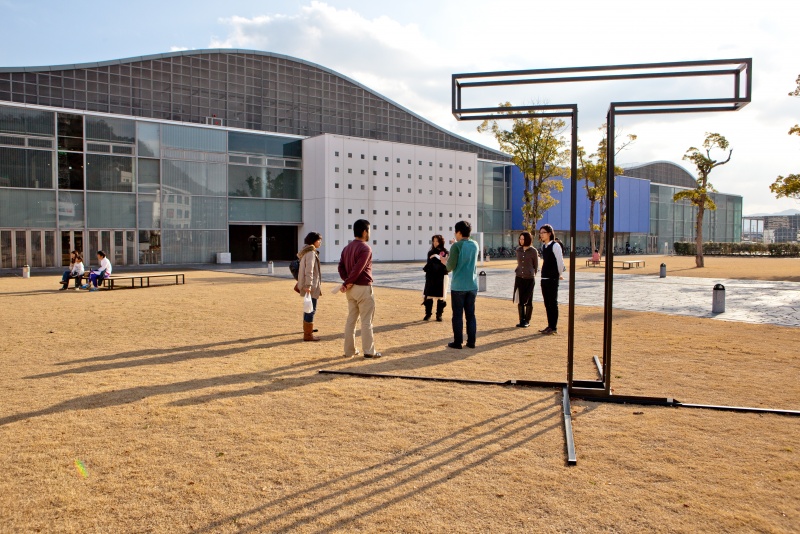 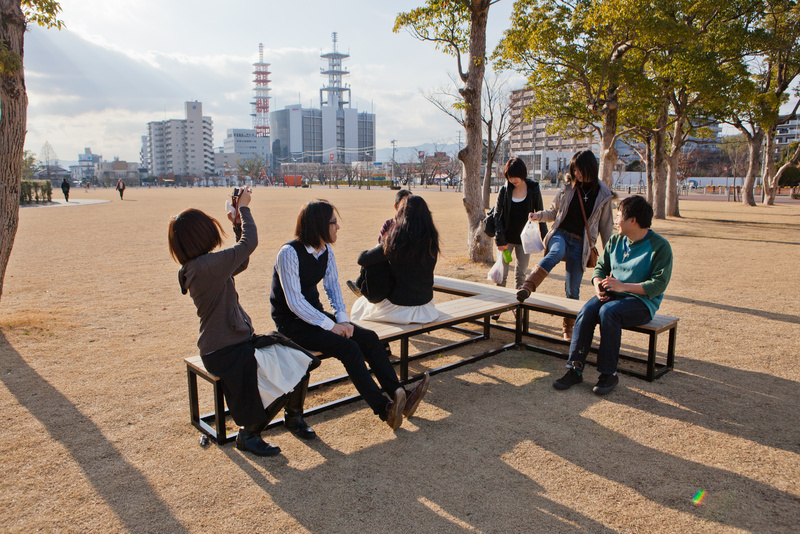 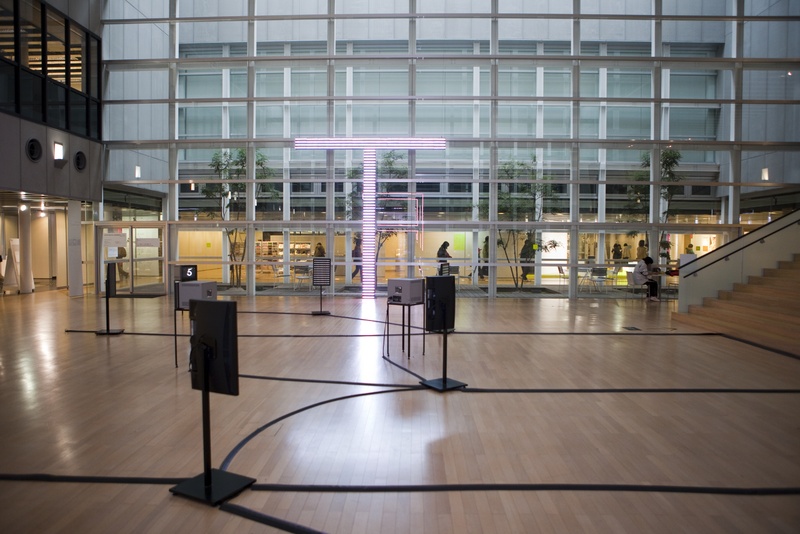 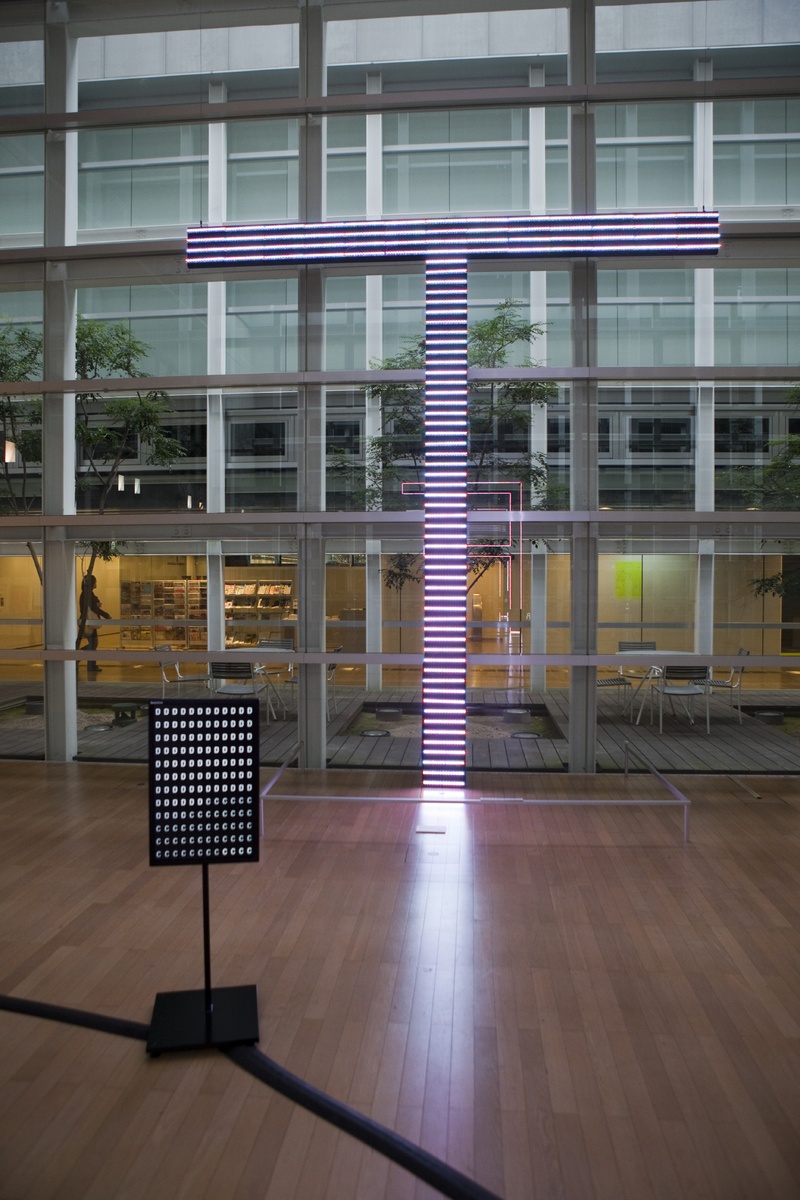 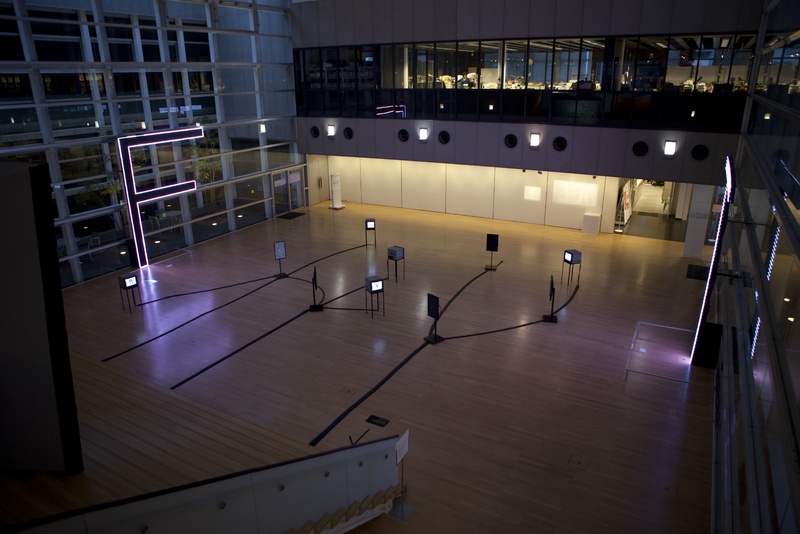 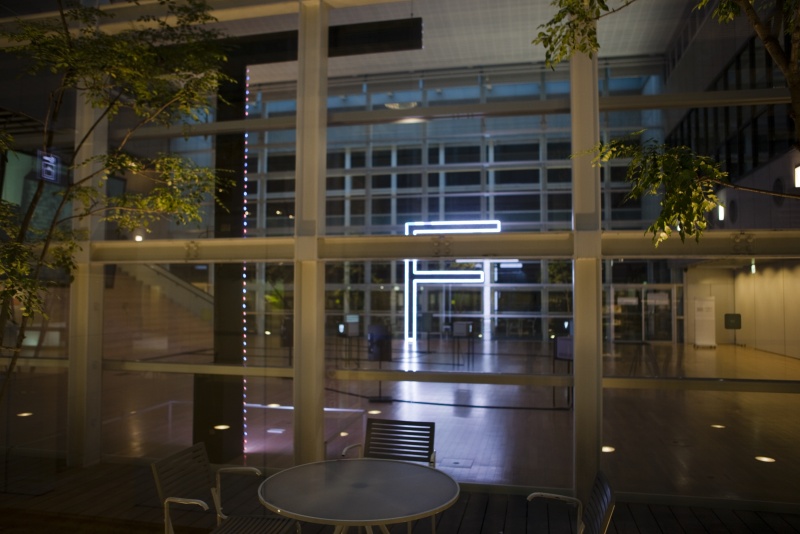 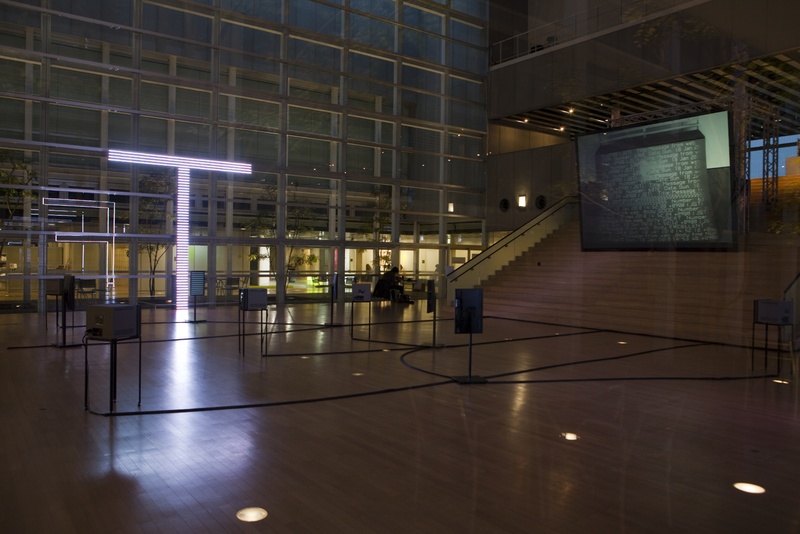 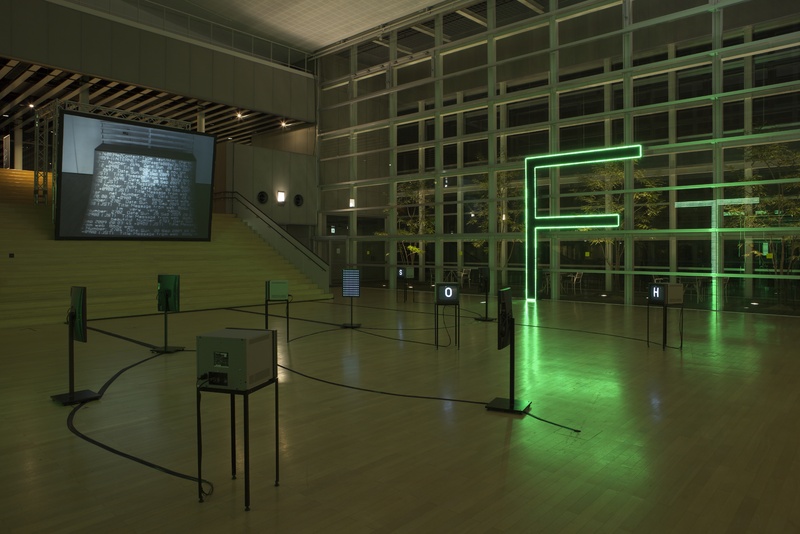 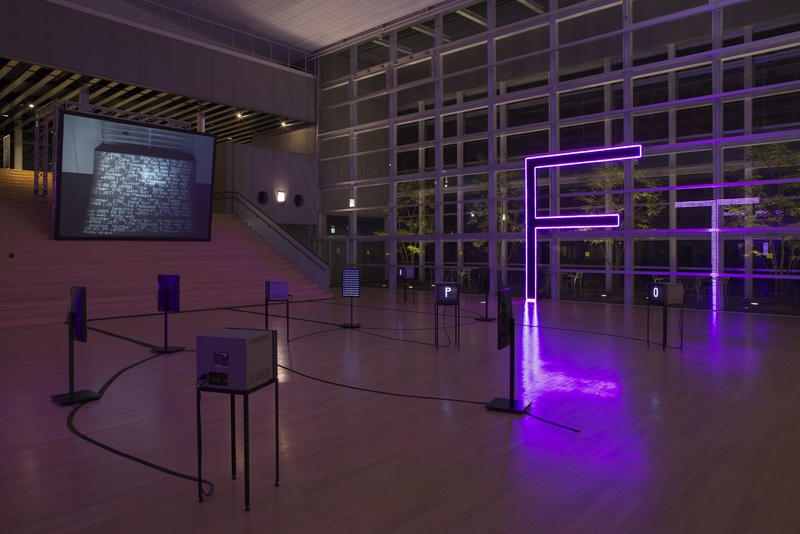 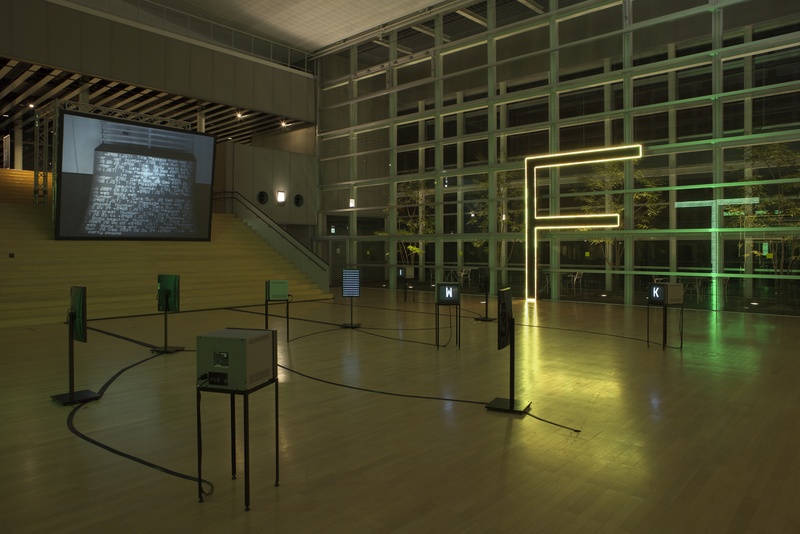 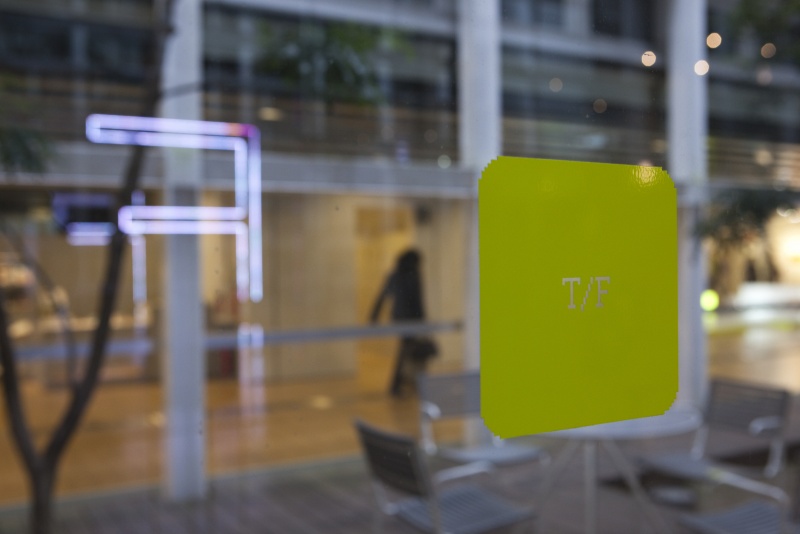 Giant letters blending into the environment

Large objects and benches in the shapes of the exhibition's key letters "T" (time) and "F" (font) are installed in YCAM's foyer. These letters are blending into the environment of the YCAM building and its surroundings, and create a fontscape that constantly changes in tandem with the daily changing scenery.

The objects in the foyer in particular are fitted with full-color LED lighting units, the coloration of which is manipulated via a specially installed website. While changing colors in various patterns, the work creates a multi-layered image as it is reflected on the foyer's glass walls.