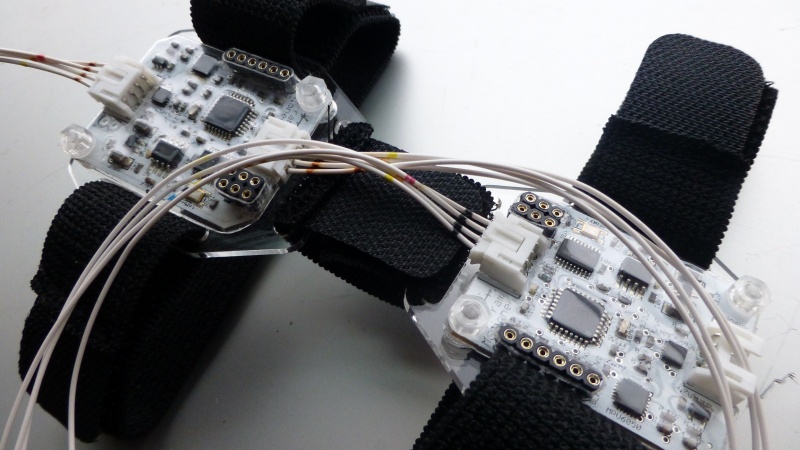 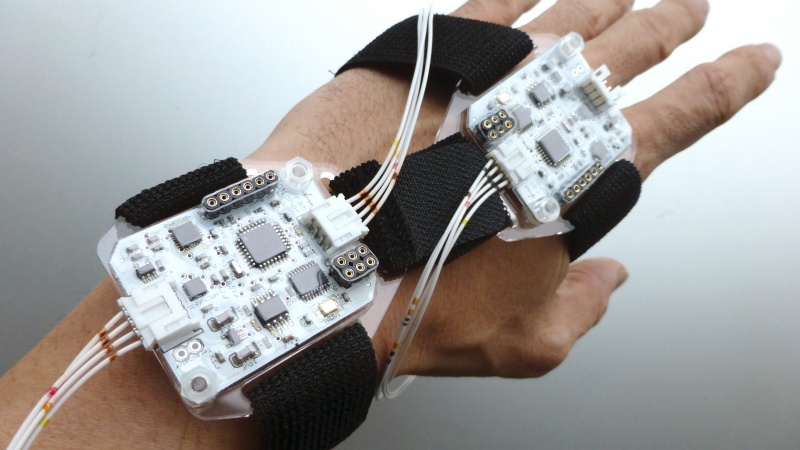 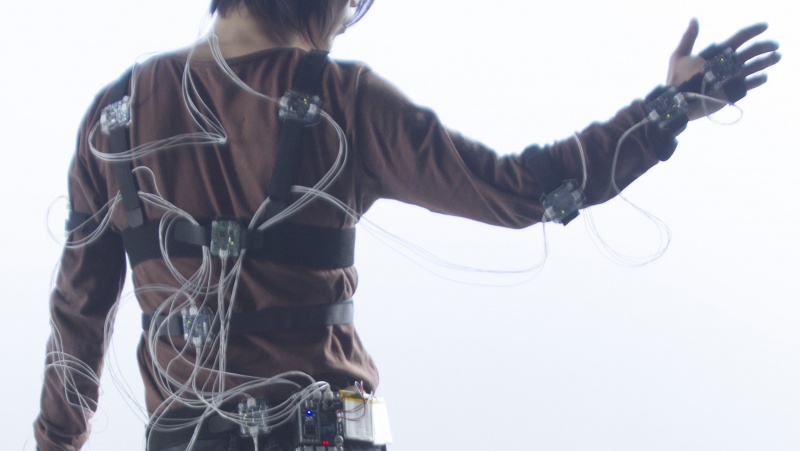 This open source hardware (motion capture system) uploads the motions of the human body to a computer.

This system enables body motion data to be uploaded simply and easily to a computer. The sent data can be used by the "RAM Dance Toolkit" as well as by the many creative coding environments which support Open Sound Control (OSC).

The biggest feature of the MOTIONER is its low cost. For around 100,000 yen, a user can create something which would normally require a several hundred-thousand to several million yen motion capture unit to produce. And, thanks to the fact that this hardware was developed in collaboration with top-class dancers such as Yoko Ando, users will find that the system is low-stress with little latency. Furthermore, because an inertial system has been employed, it can be worn on wither the inside or outside of clothing.

Additionally, the devices worn with the MOTIONER system were designed specifically so as to ensure efficient movement measurement at each sensor location, regardless of body type.

Reactor for Awareness in Motion (RAM)