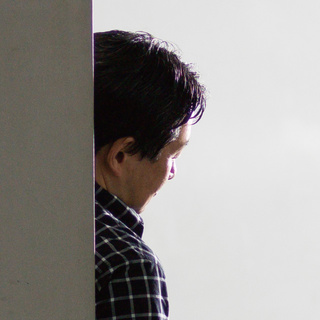 Born in 1960 in Nagano, Japan.Kazunao studied aesthetics at the Faculty of Fine Arts, Tokyo University of the Arts. He was appointed as a co-curator at Canon Artlab, an art support program founded by Canon Inc., from its inception in 1990 until the closure in 2001. He was instrumental in curating and producing all the art projects that apply Canon’s media technology, and was among the world’s leading curator to present interactive art at the time. Among the vast projects he worked on, there are Teiji Furuhashi’s “LOVERS”(1995), Seiko Mikami’s “Molecular Informatics –Morphogenic substace via eye tracking”(1996), Knowbotic Research’s “IO_DENCIES” (1998), and Carsten Nicolai and Marko Peljhan’s “polar” (2000).

From the late-90s, Kazunao joined a researcher’s group “Soft Study Group” to prepare for the establishment of the city-funded “Plaza for Cultural Exchange (provisional name)”, which would later develop into YCAM. Their key undertakings included researching new types of art centers, building concepts, and designing system for management. He then became one of the members in October 2001 to make provision for establishing YCAM, and since its opening in November 2003, he has been supervising all the YCAM-curated programs as a chief curator and artistic director. Additionally, he organizes human-resource fostering programs, exhibitions and shows including Rafael Lozano-Hemmer’s “Amodal Suspension” (2003), Ryuichi Sakamoto + Shiro Takatani’s “LIFE – fluid, invisible, inaudible…” (2007), “Yoshihide Otomo / ENSEMBLES” (2008), Seiko Mikami’s “Desire of Codes” (2010), Keiichiro Shibuya + Toshiki Okada’s “THE END” (2012), and “RADLOCAL – Region x Media” (2014).

Concerning about how art institution should be in this post-modern age and highly-networked information society, Kazunao strives to enable devising original, challenging and flexible methods that question the system and the workings of experiencing the artworks, and also puts effort into such essentials as educational activities and training the art institution’s younger administration staffs.