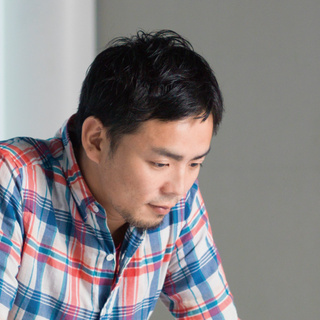 Born in 1983 in Wakayama, Japan.
After finishing his diploma at Jiyunomori Gakuen Senior High School, Tsubasa participated the volunteer service led by NGO as a way to gain self-reliance, and got involved in administering the farming village in the north Kanto district. There he gradually cultivated his interest in art and culture as he lived in a circumstance that was closely linked with primary industry. He proceeded to engage in his own art projects while living independently in a depopulated region in West Japan. During his stay in Berlin where he resided after wandering around Europe and Africa, he worked part-time at a ramen restaurant and acquired knowledge about contemporary art through self-education.

After returning to Japan, Tsubasa entered Tama Art University to study cultural anthropology and exhibition and project management, and enjoyed his delayed youthful years as an undergraduate student. He then went on to study art history and theory at the university’s graduate course, where he conducted research themed around post-war American art with an emphasis on Robert Smithson and his production style.

Before earning his MA in March 2013, Tsubasa joined the team of YCAM in September 2012, and since then has been responsible for organizing exhibitions including Ryoji Ikeda’s “supersymmetry”, as well as research & development projects and education programs. While being tossed up and down by the hectic schedule striving to bridge the local neighborhood and the world through the creation at YCAM, he feels grateful to every encounter and realized his life with full of turns and twists was something inevitable.